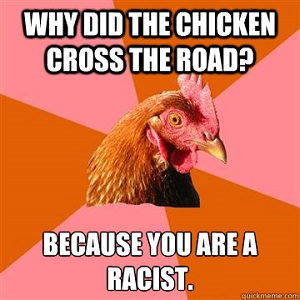 [Blind Gossip] This aging actor – who has made jokes in the past about drugging women – is now grasping at straws to try to counter accusations against him.

Here’s the next straw for which he is thinking of grabbing: “They’re all racists!”

He thinks that it will work to portray himself as the innocent who is being witch-hunted by a bunch of racists who want to take him down because he is a successful man of color.

One of the things [his team] was talking about is if it’s possible to “rent” Black Lives Matter protesters to side with him in a future public appearance. They want white people to be intimidated by the thought of violence erupting if he is found guilty of anything.

[Optional] Do you think this new approach will be effective? 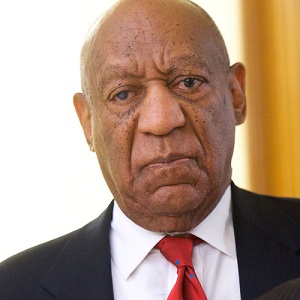 A couple of years ago, Bill Cosby’s team was grasping at straws to try to form some sort of legal defense for him.

One of the strategies his team considered was posturing Cosby as the victim of racism.

Their argument was that Cosby was being persecuted/prosecuted mainly because he was a famous man of color. In contrast, most of his accusers were white, greedy, lying, racist, opportunistic con artists whose main motivations were wanting to take down a successful black man and grab his money.

His team also considered dragging Black Lives Matter into the whole mess to stage protests against the injustice of prosecuting a black man.

None of it really matters now, because Bill Cosby was just found GUILTY in a court of law! From CNN:

The jury in Bill Cosby’s retrial found the TV icon guilty of all three counts of aggravated indecent assault on Thursday for drugging and sexually assaulting Andrea Constand at his home in a Philadelphia suburb in 2004.

The 80-year-old comedian faces up to 10 years in prison on each count, but is likely to serve them concurrently. A sentencing hearing has not yet been scheduled, and he remains out on bail.

Cosby did not have an audible reaction to his conviction, but erupted shortly afterward. Minutes after the verdict, prosecutors asked the judge to revoke Cosby’s bail because they say he is a flight risk and has a private plane.

Cosby, who did not testify in the trial and has sat quietly throughout the proceedings, then stood up and yelled in a loud, booming voice: “He doesn’t have a plane, you asshole.”

Judge Steven O’Neill ruled that Cosby should not leave his Pennsylvania home, and that he would need to be fitted with a GPS tracking device. 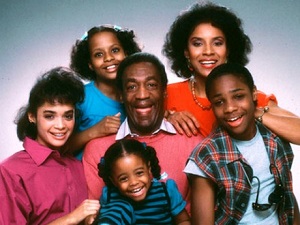 The case was the first celebrity sexual assault trial since the #MeToo movement began last fall, and as such, represented a test of how the cultural movement translates into a courtroom arena.

“What was revealed through this investigation was a man who had spent decades preying on women that he drugged and sexually assaulted, and a man who evaded this moment right here far too long,” Montgomery County District Attorney Kevin Steele told reporters. “He used his celebrity, he used his wealth, he used his network of supporters to help him conceal his crimes.”

The guilty verdict is a remarkable turn of events for the man once known as “America’s Dad.” Cosby was a groundbreaking actor and the first African-American performer to win an Emmy for his role on “I Spy.” His portrayal of the sweater-loving Cliff Huxtable on “The Cosby Show” was one of the first mainstream TV shows to feature a black upper-middle class family.

Although dozens of women have accused Cosby of sexual misconduct, only Constand’s allegations resulted in criminal charges.

“I feel like I’m dreaming,” Lili Bernard, who has accused Cosby of assault, said afterward. “I feel like my faith in humanity is restored.”

Most you got this one right, but kudos to Lugaje for being first with the correct response!

And congratulations to all of the BRAVE women – most notably Andrea Constand – who stood up for themselves to get justice after so many years! Thirty five of the women are pictured below on the cover of New York Magazine. We salute all of you for your persistence and your courage! 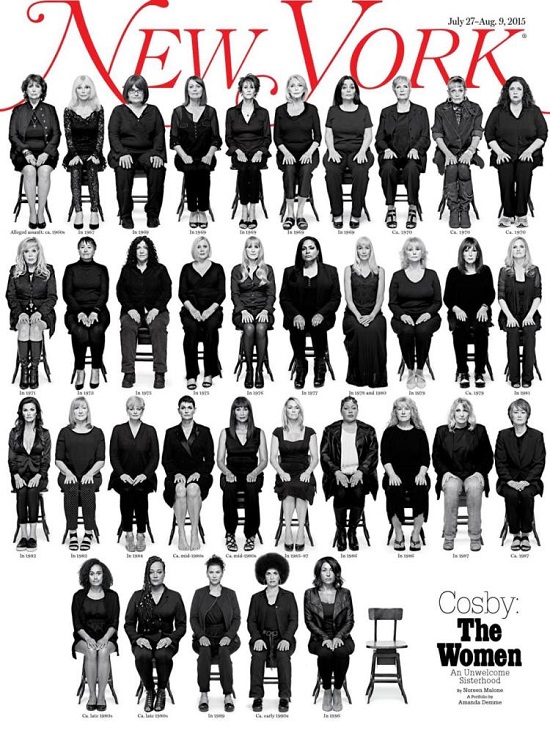 And… here you go.

Right after Bill Cosby was found guilty, his publicists compared his conviction to the lynching of a black teenager in the 1950s!

Appearing with “Good Morning America” host George Stephanopoulos, the spokespersons for comedian Bill Cosby attacked the guilty verdict a jury in Montgomery County, Pennsylvania delivered against their client, with publicist Ebonee Benson comparing the result to the lynching of Emmett Till.

Speaking with the host, spokesperson Andrew Wyatt got right to the point, saying, “This became a public lynching.”

Sitting with Benson in a Norristown studio, the two attacked the three guilty verdicts handed down over accusations of sexual assault.

“You’re saying all these women, all 60 of these women are lying?” Stephanopolous asked.

Wyatt then jumped into attack attorney Gloria Allred, saying she was selective in which Cosby victims she represented while adding a further racial component despite the fact that not all of Cosby’s accusers are white.

“What Gloria Allred was able to do, what she did, was take a salt and pepper shaker — she shaked [sic] out a lot of salt and sprinkled in a little black pepper,” Wyatt charged. “And the south came east. And that’s what we saw.”

By the way, these are the same publicists who – after the actor’s first sexual assault case against Andrea Constand was ruled a mistrial – said that they were encouraging Cosby to hold “town halls” here he would educate “young people” on how to avoid being accused of sexual assault.

When they received a backlash over that, they claimed that the “towns halls” were not about sexual assault but about restoring Bill Cosby’s legacy.

Hey, you two “publicists”! While you are accusing everyone of being racist, allow us to help you out. Here’s your client’s legacy: RAPIST.

Bill Cosby, the man once known as “America’s Dad,” has just been sentenced to 3-10 years in state prison. He was led out of the courtroom in handcuffs.

From The Los Angeles Times: 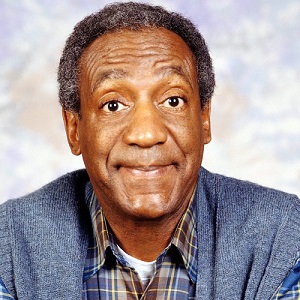 Bill Cosby was sentenced to three to 10 years in prison, completing the famed actor and comic’s spectacular fall from one of America’s most beloved entertainers to disgraced sex offender.

Rejecting the defense argument that Cosby was too frail to handle time behind bars, Judge Steven O’Neill ordered the 81-year-old entertainer to serve no less than three years and no more than 10 years in prison and to register as a sex offender, a label that will follow him for the rest of his life.

“Mr. Cosby, this all circles back to you,” the judge said as he imposed the sentence. “The day has come. The time has come.”

Cosby declined the opportunity to address the court Tuesday, waiving his right to have the last word before the sentence was handed down.

The entertainer never took the witness stand during his two trials and never gave any outward indication of contrition for the crimes he was accused of committing.

The judge denied a request from Cosby’s attorneys that their client remain free on $1-million bail while he appeals his conviction. O’Neill said Cosby would be taken into custody immediately.

Prosecutors had called for Cosby to spend five to 10 years in prison and pay a $25,000 fine, arguing that he is a sexual predator who has shown no remorse. The defense team countered that Cosby, who walks with a wooden cane and is legally blind, should be put under house arrest as he poses no risk to the community.

While the judge said he recognized Cosby’s age and ailing health, those were not the factors he put the most weight on.

“I am not permitted to treat him any differently because of who he is or who he was,” the judge added. “Of course, the higher the ascent, the sharper the fall. I recognize that impact on you, Mr. Cosby, and I am sorry for that.”

The first major celebrity to go on trial in the #MeToo era, Cosby was convicted in April of three counts of aggravated indecent assault for drugging and molesting Andrea Constand, a former university basketball official, at his home in 2004.

Cosby, who has maintained his innocence, initially faced up to 30 years in prison, but on Monday O’Neill said the defense and prosecution had agreed to merge the three counts of his conviction into one.

Dozens of women have come forward in recent years to accuse Cosby of sexual misconduct, but Constand, 45, is the only woman whose complaint has led to a criminal conviction.

Constand submitted a written victim impact statement, which was made public Tuesday in court. On Monday, she spent less than two minutes on the stand.

“Your honor, I have testified, I have given you my victim impact statement,” Constand told the court. “The jury heard me, Mr. Cosby heard me and now all I am asking for is justice as the court sees fit.”

Even after sentencing, his attorney could not resist dragging Cosby’s race into it one more time in a comment outside the courthouse. He called the trial the most racist and sexist trial in the history of the United States.

They persecuted Jesus and look what happened! Not saying Mr. Cosby is Jesus, but we know what this country has done to black men for centuries! 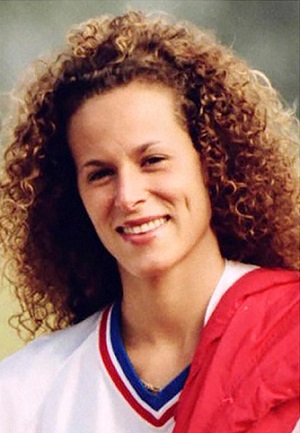 You can read the entire LA Times article here.

While literally dozens of women were allegedly drugged and raped, only Andrea Constand was able to get a criminal conviction, and Cosby might only serve three years as a result of that conviction.

Cosby never expressed any remorse for what he had done.

Instead, he chose denial, defiance, victim-blaming, made excuses about his physical health, and charged his accusers with racism. 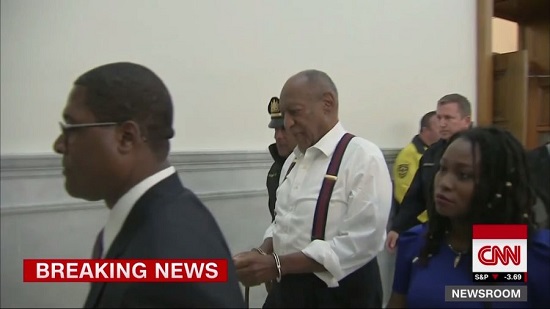 It’s justice. We’re just not sure that it’s enough justice.

You are not going to believe what just happened!

Bill Cosby’s conviction is being vacated… and he is going to be released from prison today!

Basically, his sexual assault conviction has been overturned and all charges against him will be dropped due to a legal technicality.

From CBS Local in Pittsburgh, PA:

Pennsylvania’s highest court overturned Bill Cosby’s sex assault conviction Wednesday after finding an agreement with a previous prosecutor prevented him from being charged in the case.

Cosby has served more than two years of a three- to 10-year sentence at a state prison near Philadelphia. He had vowed to serve all 10 years rather than acknowledge any remorse over the 2004 encounter with accuser Andrea Constand. 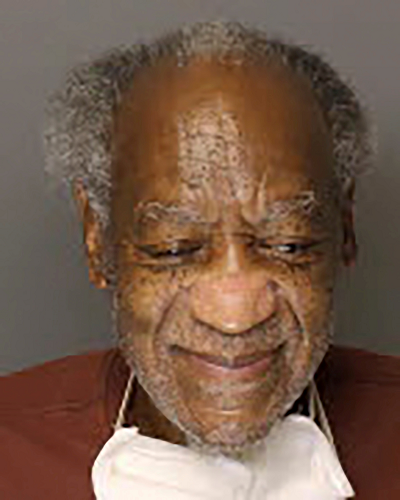 The 83-year-old Cosby, who was once beloved as “America’s Dad,” was convicted of drugging and molesting the Temple University employee at his suburban estate.

He was charged in late 2015, when a prosecutor armed with newly unsealed evidence — Cosby’s damaging deposition from her lawsuit — arrested him days before the 12-year statute of limitations expired.

The Pennsylvania Supreme Court said that testimony tainted the trial, even though a lower appeals court had found it appropriate to show a signature pattern of drugging and molesting women.

Cosby was the first celebrity tried and convicted in the #MeToo era, so the reversal could make prosecutors wary of calling other accusers in similar cases. The law on prior bad act testimony varies by state, though, and the ruling only holds sway in Pennsylvania.

Prosecutors did not immediately say if they would appeal or seek to try Cosby for a third time.

We do not think that last line is correct. Based on the judge’s decision, they actually can not try Cosby again.

Just when you thought that justice was served, this horrific criminal – who assaulted 58 women and never admitted remorse for his actions – is now free to go.