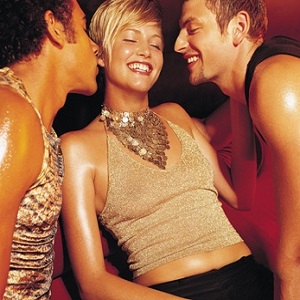 [Blind Gossip] There are many young models out there with famous names who are always trying to bolster their time in the spotlight.

One of the most interesting to us is the one who seems to spend more time trying to pair herself off with famous boys than she actually does modeling!

She really wanted this pop star as her steady boyfriend… but could only hang on to him for five minutes before he ditched her. Then he went back to his ex-girlfriend. So Model started “dating” Singer 2.

But… wait! Singer 1 is available again! What’s a girl to do?

She’s texting and sexting him non stop. He’s responding. She says there’s a small window of opportunity there. He treated her kind of bad, but he is a much bigger star. She’s not going to let go of [Singer 2] until she gets [Singer 1] back.

So she’s playing both of them.

Or are they playing her?

This group is all so fame-hungry that it’s hard to tell!

[Optional] Who will she be dating or “dating” at the end of this year? Singer 1, Singer 2, or someone else? 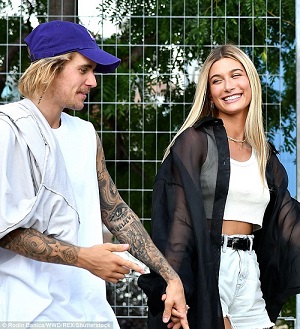 Justin Bieber and Hailey Baldwin dated. Then they broke up.

After their split, Bieber went back to dating Selena Gomez for the 275th time.

As soon as Bieber and Selena broke up again, Baldwin was all over Bieber. Baldwin immediately erased Mendes from her social media accounts and dumped him by the wayside.

Well, Baldwin’s persistence paid off, because a couple of weeks after she and Bieber reconciled, they got engaged.

When they announced their engagement, they said they weren’t in a rush to get married.

Then, a few weeks later, they went to the courthouse and got a marriage license.

Yes, all of the above happened in just the past five months. Whew!

Justin Bieber and Hailey Baldwin have secretly tied the knot, just two months after getting engaged.

The singer, 24, and the model, 21, were married Thursday in New York City, PEOPLE confirms. “They went ahead and did it without listening to anyone,” a source close to the couple tells PEOPLE.

Witnesses say that Bieber was extremely emotional at the courthouse, telling Baldwin, “I can’t wait to marry you, baby.” Bieber also told a court official, “Thanks for keeping it on the DL.”

Baldwin just stated that they are not married… yet. But we have no doubt that Weepy Justin Bieber and Persistent Hailey Baldwin are going to be husband and wife.

And congratulations to everyone who got this right! Ivy3499 was first!