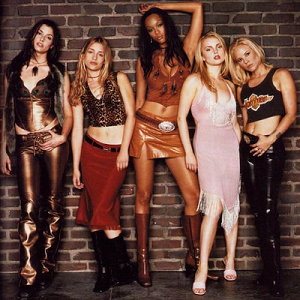 [Blind Gossip] This iconic singer has been around for decades.

If you assumed that he must be slowing down with age, you would be wrong! He must have toured a million miles in his lifetime but is still touring.

Not only that, he puts on one heck of an energetic show that would give any young musician a run for his money. (Run boys, run!)

If you heard his biggest number one hit right now, you’d probably start dancing on a bar like the girls in Coyote Ugly. Or maybe you’d just start singing along.

While he has had a long run in the music industry, Singer has an even longer run as a genuinely nice guy.

Here is one story that illustrates his kindness.

I was on a flight to [city redacted]. [Singer], the band, and his manager were also on the flight! They were heading there for some sort of event.

A freak storm came up.

That’s scary. Were they going to make it to their original destination? (No child, no!)

After circling the airport for a while, the airline determined that they could not land us safely. They diverted the flight and sent us on to [another city].

Uh, oh! That put everyone on the flight in a bind and way behind schedule.

[Singer] arranged for several buses to drive everyone on the flight – not just his band, but EVERYONE – through the storm from one city to the other!

Well, that was thoughtful!

As if that wasn’t generous enough, he actually stood outside of each bus and greeted us one by one as we boarded. He shook every single person’s hand. Such a nice man!

He’s the best that’s ever been…

[Optional] If his biggest hit came on, would you start singing along? Do you know all the words?