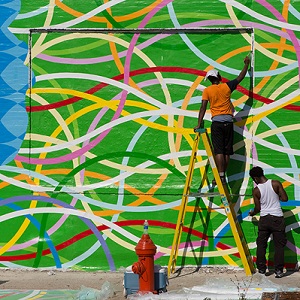 [Blind Gossip] This actor with multiple award nominations was so proud of his hometown.

After he became famous, he went back to his local high school and painted a mural. Yes, he fancies himself to be quite the artist.

The mural has been there for years. A real source of pride for the school.

His hometown is not so proud of him anymore. In fact, given his recent bad behavior, they decided that being affiliated with him would be disastrous.

They just painted over the mural.

Similar: He Was Not Just There For The Art 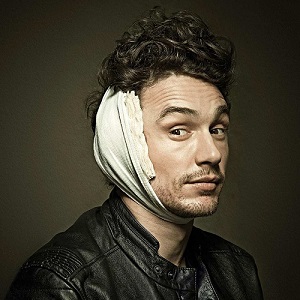 James Franco’s high school in Palo Alto, California is erasing his artwork and his legacy.

BlindGossip.com told you earlier this week that they painted over the murals that their famous alumni created for the school.

Since our original blind item, they have also removed other paintings of his that hung on the walls of the school.

Accusations of sexual misconduct against James Franco have led Palo Alto High School to distance itself from the the 1996 graduate who won a Golden Globe last month for his lead role in the movie “The Disaster Artist.”

Students and teachers have spent this week debating their principal’s decision on Monday to paint over a mural by Franco. He painted two murals for the school and loaned multiple paintings to its Media Arts Center when it opened in 2014.

On Thursday, Palo Alto Unified School District Superintendent Karen Hendricks announced that the rest of Franco’s artwork would be “transitioned” out.

“District staff recently considered the best interests of our students in the light of our educational mission, and decided to remove and return the remaining artwork,” Hendricks said in a statement.

Esther Wojcicki, who taught Franco at Palo Alto High and does not support the removal of the paintings, said she believed Principal Kimberly Diorio and administrators were responding to “pressure” from parents.

“The question is, and one of the kids asked this: How does it impact students to look at this art?” Wojcicki said. “A hundred years ago, 50 years ago, a lot of artists could have been accused of the same things Franco is. Do we take down all the art in the Louvre or in the MoMA?”

Tess Manjarrez, a junior, said she never liked the paintings for aesthetic reasons.

“They’re very dark and gloomy,” she said. “When the allegations against Franco surfaced, that seemed like more of a reason to take them down.”

In case you thought that these works of art were completely original or completely done by Franco, let us fill you in. He used existing photographs as his “inspiration.” He outlined the mural on the wall. Then he had the students fill in the details. Then he signed his name to it. 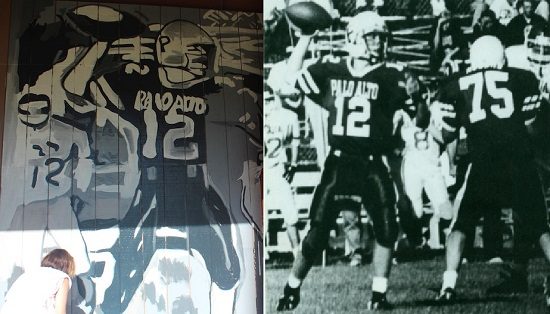 One source told us:

Here’s a photo of James Franco with Esther Wojcicki and a gaggle of underage female students at Palo Alto High School. 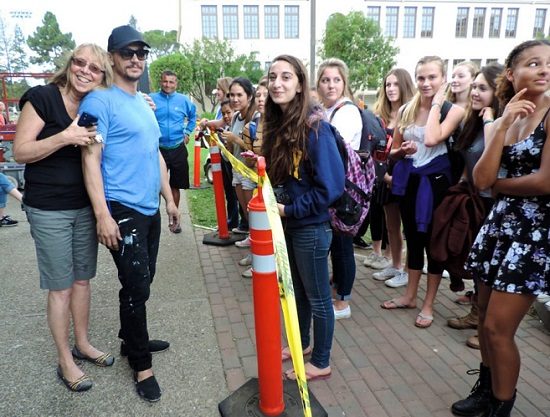 Gosh, it’s a shame that James Franco will now likely make fewer visits to PAHS, as he certainly loved to collect phone numbers from teenage girls and offer to personally mentor them!

Did you catch the clues we gave you? “Disastrous” and “Artist” should have led you to James Franco’s most recent film The Disaster Artist.

Congrats to Saskmom for being first with the correct response. Kudos to everyone who caught the clues to solve this one, starting with SeriallyChatty!

Related: Disaster Is Looming For This Actor