[Blind Gossip] This singer’s ex had better think twice before he bad mouths her!

Before their breakup, she got a hold of text/photo exchanges he had with two different women. While she already knew that he was cheating, the info could be “accidentally” released to make three significant points.

First, that he was definitely cheating.

Second, that he is not that big (it’s apparently long but skinny).

Third, that one of his flings complained that he is a “one minute man” in the sack!

Although she did want to marry him at one point, it sounds like she is better off without him.

[Optional] Will he keep his mouth shut? This couple is DONE!

He actually used his long, skinny thang to knock up another woman!

Iggy Azalea Broke Off Engagement to Nick Young Because His Ex is 4 Months Pregnant With His Baby!

“Nick waited until Keonna was four months pregnant to tell Iggy the news,” an insider reveals, adding that he told her “he was drunk and had a lapse in judgment.”

“He said it was a one-night stand and will never happen again,” the insider explains. “But it’s too late. He is having another son!”

When Life & Style approached a clearly expectant Keonna on June 21 and asked if the pregnancy was an accident for her and Nick, she replied “yes,” then immediately said, “No comment.”

The duo already has a four-year-old son, Nick Jr., together. “Iggy was supportive of Nick’s friendship with Keonna,” the insider says. “He took advantage of Iggy’s trust.”

“Iggy seemed to blow everything off,” the insider continues. Until Keonna’s pregnancy, that is. “This is something she can’t ignore, and it ruined their future together.”

One Minute Man Nick Young only needed one minute to get his side chick pregnant. He may be a good basketball player but his life is one long drunk lapse in judgment. 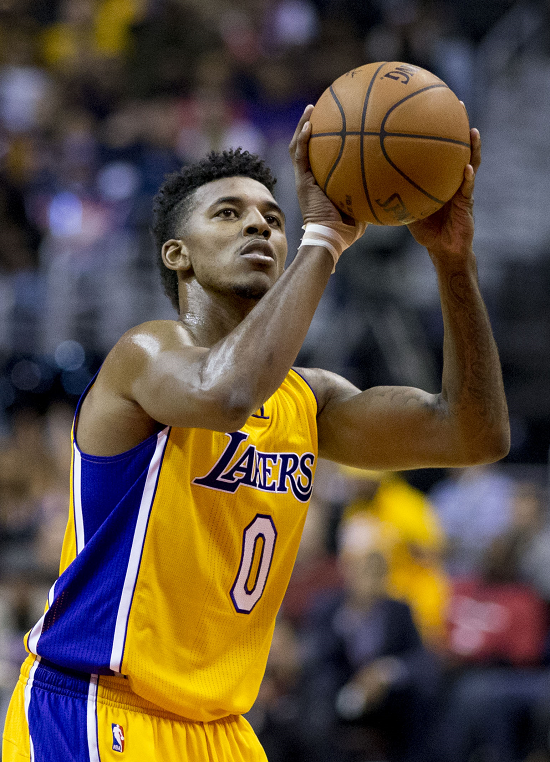 Sounds like Iggy Azalea dodged a bullet by finding out all this about Swaggy P before the wedding. 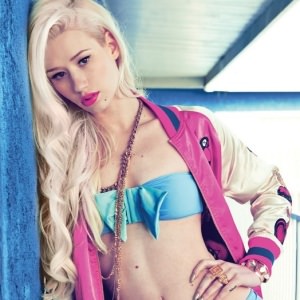 Congrats to Mangotea for being first with the correct answer!

Give yourself a pat on the back if you picked up the clue “three significant points”! A three-point shot is found in basketball.