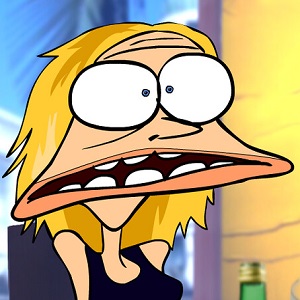 [Blind Gossip] Network executives are freaking out over an offhand comment made by one of its TV correspondents one the air about a junior member of a famous family.

You would not believe how this completely blew up internally! The isn’t just about [the correspondent]. This is about the entire network! They have been kissing up to the family for YEARS and were on the verge of scoring a big interview with [another family member] when this happened and now everything may be ruined. They were going to suspend [the correspondent] but now it looks like there will be a public apology and a team of people trying to repair things behind the scenes.

My goodness! So much drama so early in the morning!

Similar: Why She Stayed Home 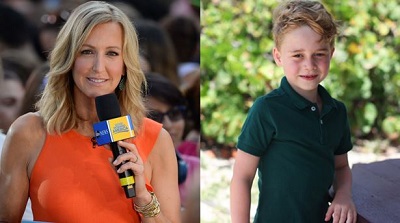 When Lara Spencer made an offhand comment about Prince George taking ballet lessons on Good Morning America, it sent people into a meltdown!

She was attacked on Twitter for bullying boys and male dancers. She apologized on social media.

The “GMA” host issued an apology after a segment on Thursday saw her and her co-hosts breaking down the school curriculum of Prince William and Kate Middleton’s child. When it came to light that George is loving his ballet class, Spencer made a comment that prompted an immediate backlash.

“Prince William said Prince George absolutely loves ballet … I have news for you Prince William, we’ll see how long that lasts,” Spencer said with a laugh.

The host issued an apology on Instagram, but didn’t stop there. According to “So You Think You Can Dance” star Travis Wall, she reached out to him after he posted a sharp criticism of her comments online in an effort to find out how best to make up for her mistake.

“So Lara Spencer just called me on my cell phone, she got my number from Debbie Allen, and she is completely horrified and just truly just issued this massive apology,” Wall said in a video posted to his Instagram Story (via EOnline). “I could just hear the horror in her voice.”

However, that apology wasn’t enough.

A large group of dancers showed up outside the GMA studio to protest her remarks. 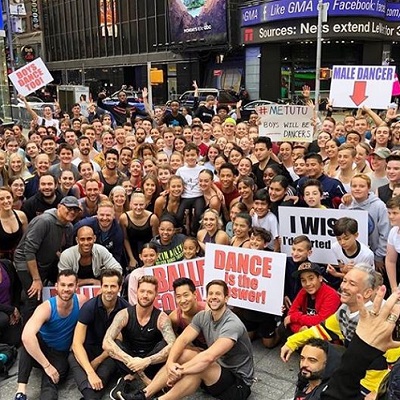 So the apology had to get much bigger and more public.

She had to do it on air.

“I screwed up,” Spencer said on air. “The comment I made about dance was stupid and insensitive and I am deeply sorry.”

Controversy arose last week after “GMA” aired a segment that mentioned that the future king of England’s favorite activities include ballet lessons.

“We’ll see how long that lasts,” the GMA co-anchor deadpanned about the 6-year-old’s interest before chuckling.

On Monday, cast members from the “Cher” Broadway musical led a protest outside the “GMA” studio in which men danced.

Spencer said on her show Monday that she had reached out to and spoken with members of the dance community.

Yes, we are living in a hyper-sensitive era where you don’t want to insult anyone.

But there is more to it than that.

You see, ABC/Disney was already bitter over the fact that Gayle King and CBS News had gotten the inside track during the wedding of Prince Harry and Meghan Markle.

Disney believed they should have gotten the exclusive. After all, what would have been more appropriate than a real-life royal fairy tale presented by Disney, the home of storybook princes and princesses?

But Gayle (aka Oprah’s bestie) and CBS wooed Meghan and won.

ABC/Disney has been trying ever since to lure The British Royals (especially William/Kate and Harry/Meghan) into some sort of special with Disney and ABC. They were making good progress, too.

When Lara Spencer made her comment, they feared that the backlash would ruin any progress they had made.

That’s why the mea culpas needed to be very sincere and very public.

Congratulations to Burtwheeler for being first with the correct response!