[Blind Gossip] There is a story going around that this follically-challenged male host of a newsy show feels completely blindsided by some personnel changes on his show.

He isn’t blindsided at all! He’s not just a host. He’s the evil architect. The producers don’t add or subtract anyone from the show without his say so.

Remember when [His Former Cohost] was fired a few years ago? Mr. Evil knew everything that was happening. Even he couldn’t believe the public bought his innocent act.

Since it worked the first time, they are doing the same thing all over again right now. Both [The Arriving Host] and [The Departing Host] are his decisions, but Mr. Evil will act innocent again. His publicist is the one putting out the “Oh, he was completely blindsided” rumor. Bullsh*t.

[Optional] What do you think they will do with the New Arrival? 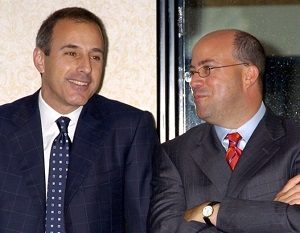 Those revenues actually subsidized the rest of the network. And, since Matt Lauer was the linchpin of Today, he wielded a HUGE amount of power in deciding the fate of every member of that franchise.

We’ve already told you that Matt Lauer was the architect of “Operation Bambi”, which resulted in the cringe-worthy ouster of Ann Curry. Of course, Matt feigned innocence and the other producers of the show pretended it was their idea.

Lauer was also instrumental in bringing Megyn Kelly on board to the Today family. He pretended to be surprised when Megyn Kelly left Fox for NBC, though, so that when other personnel at NBC needed to be fired/shuffled, he could pretend he had nothing to do with it. From Radar:

NBC Lies! Matt Lauer DID Know About Megyn Kelly Defection – Cover-Up So Savannah Can Be AXED! 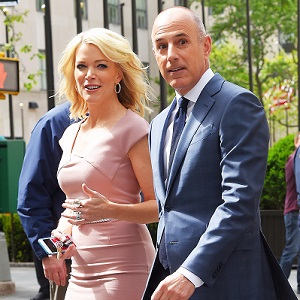 Most staffers at NBC were shocked to learn of Megyn Kelly‘s sudden move from Fox News, but not Matt Lauer!

In fact, according to insiders, the longtime NBC News anchor was kept in the know to help save space for Kelly when the network kicked fellow anchor Savannah Guthrie.

“Matt Lauer KNEW about Kelly and even gave it his blessing,” a source revealed exclusively to Radar. “His people and NBC are spreading rumors that Matt was kept out of the loop so when they replace Savannah with Kelly his hands are clean.”

Matt Lauer was absolutely involved in bringing Meghan Kelly to NBC, knowing that the long game was to have her become his co-host. Did you really think that Megyn was offered a $100 million contract at NBC simply to host the third hour of Today? Come on!

Since they could not stick Kelly into the main co-host slot immediately, they had to ease her into one of the other hours of Today. Lauer decided that Tamron Hall would get the boot. They blindsided Tamron a few minutes before she was scheduled to go on the air, Tamron “resigned” and everyone at NBC pretended to be “disappointed.” What a bunch of bull. 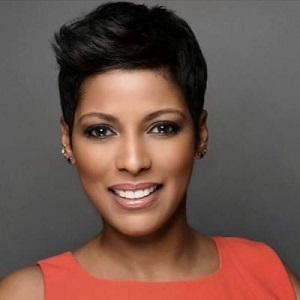 Tamron Hall was blindsided by the Today show shake-up before her abrupt departure on Wednesday, February 1. Sources tell Us Weekly that Hall was told only “minutes before going on air Friday that she and Al [Roker] were being taken off the show for Megyn Kelly.”

As previously reported, NBC Universal announced on Wednesday that Hall has exited her role with NBC News and MSNBC. “[January 31] was her last day as an anchor on both networks,” NBC told Us in a statement. “Tamron is an exceptional journalist, we valued and enjoyed her work at Today and MSNBC and hoped that she would decide to stay. We are disappointed that she has chosen to leave, but we wish her all the best.”

The news comes after it was revealed that former Fox News anchor Kelly is set to take over an hour of the Today show.

“She was a wreck in commercial breaks and couldn’t believe the company would tell her just before going live on MSNBC,” the insider tells Us of Hall. “It was especially surprising after receiving an email of praise from the coexecutive producer just days before about how they were No. 1 in the ratings for seven weeks in a row.”

Matt Lauer, the Evil Architect, was behind that one, too!

Do not believe Lauer when he claims that all of these decisions were made by people other than him and that he is shocked when personnel decisions are made.

Do not believe the executives who claim that Lauer had nothing to do with the decisions.

Do not believe those same executives (Jeff Zucker, Andrew Lack, Noah Oppenheim, etc.) when they claim that they had “no idea” that Matt Lauer was harassing and assaulting his female colleagues. Everyone at NBC has known for years about Lauer’s evil behavior. However, he was too powerful to be touched.

That is the way that things have always worked at NBC. Lauer and the executives have each other’s backs, all in the name of protecting themselves and their $500 million product. They are all complicit in each other’s disgusting behavior.

Congratulations to Prinny for being first with the complete correct response!

Related: He’ll Stab You In The Back