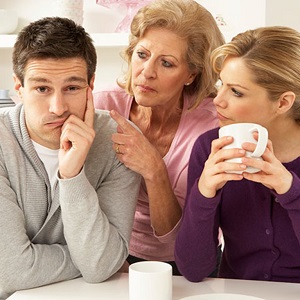 BG Note: This blind item was posted on a public board by someone claiming to be the wife of a celebrity. We have no way of validating the veracity of their statement. We have left the item unedited.

I am a normal human in my twenties. I have a college degree and a job that I love, though it doesn’t pay well. My husband, on the other hand, is the decidedly not normal one in our marriage. He is a rather famous actor. Because of that I’m trying to make this as anonymous as possible.

I’m just at a loss at this point, I don’t know what to do. He and I met through a mutual friend. I fangirled. Outwardly I kept it cool but inwardly- omg. He asked me out on a date and of course I said yes. On our first date he was so nervous that he tripped, crashed into the waiter, and had the entire tray of drinks the waiter was carrying dumped all over him. I stopped fangirling. I made it clear to DH from day 1 that celebrity culture is absolutely terrifying and that while I would deal with it for him, don’t expect me to ever embrace it. As the years went by, that became increasingly clearer. Getting photos of you and your man taken while out doing basic things is weird and invasive. Seeing your “trying not to look at the paparazzi while simultaneously cringing at them” face on gossip blogs. It is an uncomfortable life and I miss privacy.

DHs mom hates me. She has always hated me. She does, however, love an actress he once co starred with. She probably has pictures of them framed from their movie. She constantly makes remarks that I’m not good enough, I’m using him for his fame, I’m not attractive enough, everything. Thankfully the rest of his family loves me and he always shuts her down when she gets going.

Last week we had both our families over for dinner so we could announce some exciting news. I’m four months pregnant. Everyone was congratulating us, hugs and tears. When her voice rings out. “You need to make her get an ab*rtion. She’s going to use this baby to take everything we have.”

Silence. And I turned around and ran to our bedroom and started sobbing. My mom came after me and held me. A while later, DH came in. He told me that he had kicked MIL out and told her that if she won’t be happy for us then she won’t get to be around us. She told him that he would regret this and would see that she’s right eventually. Yesterday FIL came over. Apparently MIL is considering going to various gossip sites and telling them that I cheated on DH with another actor.

I don’t know what to do. It’s just so hard because there’s no one I can talk to. My family is great and they love DH but they didn’t want me to marry him because of the celebrity. I’m scared to talk to other people because sometimes everyone in LA seems like they would sell your drama for a quick buck. Everyone is like aw you’re so lucky to be married to him. In the back of my head I know thousands of people are rooting for us to fail because fans can be rabid about wanting to date their star. I was so excited about our baby and creating a family and now I’m just scared. What if MIL tries to ruin our lives so she can get rid of me? I’ve read accounts of people on this sub with MILs who went flat out batshit and if she goes completely crazy there are people who will pay thousands of dollars to get her crazy on their tabloids.

And I know some of you won’t believe me but I hope enough do that I can get some advice.

[Optional] What advice would you give the wife?