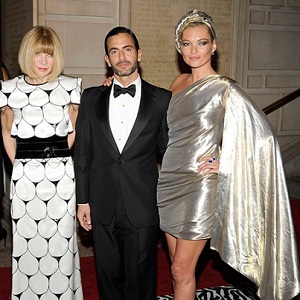 [Blind Gossip] This actress and her rich ex were both at the Met Gala. Not with each other.

Although she says that she is still very friendly with him, there was definitely some tension there.

There was a lot of shuffling people around inside the venue to try to get multiple celebs in one shot. A photographer was trying to get her to go over to another celebrity so he could get a photo. She nodded and started picking up her train so she could walk over there, then stopped when she saw her ex and his girlfriend were just a few feet away! I think the photog knew that and was trying to set up a shot of her and her ex and his new girlfriend in the same frame. Anyway, she figured it out. She flipped the photog the bird (very low and subtle) and then did the same toward the couple (very low and subtle) and walked away.

Now that would have been an interesting photo!

Not Anna Wintour or Kate Moss.

[Optional] Who was the BEST dressed at last night’s Met Ball?