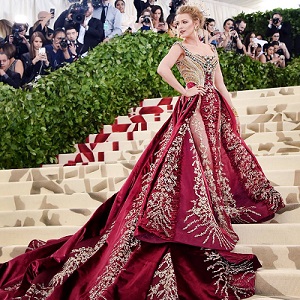 [Blind Gossip] This well-known actress lives in New York. She has been at every Met Gala for the past few years. She loves this event!

She was invited again this year. She made sure she did not have any scheduling conflicts for the night of the event.

So… why wasn’t she there this year?

We have the fascinating reason!

She goes every year, but this year she legally was prohibited! There were some conditions she agreed to in her divorce from her husband in order to collect child support. One was that she could not publicly support any religion except his. Since the theme of the Met Ball this year had to do with Catholicism, she could not go without violating the agreement!

She was really mad because she definitely wanted to go. She couldn’t stay in NYC and simply not show up without people asking questions. That trip she arranged at the last minute was just to pretend that she had another commitment. She’ll be there next year.

It’s odd that he is still controlling her after the divorce, but she is doing what she has to do to keep those child support payments flowing.

This is not about Blake Lively, who wore a gorgeous Versace dress and brought shoe designer Christian Louboutin as her date!

[Optional] Who was the WORST dressed at Met Ball 2018?