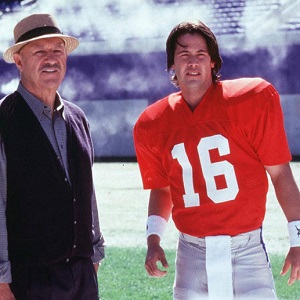 [Blind Gossip] When you fire one problem actor from a TV show and replace him with another… you’d better make darn sure that your replacement isn’t capable of his own kind of trouble!

They had to get rid of [Actor 1] because he was uninsurable. That’s what it all boiled down to. Do they even realize that [Actor 2] has his own insurance problems? The year before he went to rehab, he was swearing that he didn’t do any drugs or alcohol. What a joke. Typical lying addict. Then he went to rehab. What are they going to do when people start talking, claim it was for “anxiety”?

We did know about Actor 2’s rehab stint, but we have no idea if he is currently sober or not.

Not Gene Hackman or Keanu Reeves (who played a very cute football player in The Replacements).

Similar: Impossible To Work With

[Optional] For what reason do you think Actor 2 went to rehab?