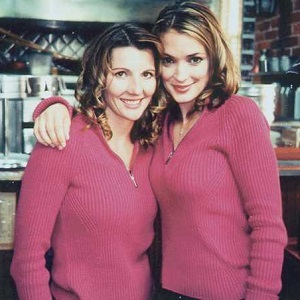 [Pop Bitch] It’s quite common for stunt doubles to basically fill in as understudies for big-name Hollywood stars on set – but which A-lister went one step further?

Not only did she have her stunt double do most of the work during filming, she also had her pose for the movie’s promo posters, too (then had her own features added on digitally in post production).

BG Note: Not Winona Ryder, who is pictured on the set of Mr. Deeds with her stunt double, Dorenda Moore.

[Optional] Why do you think she didn’t pose for the promo posters herself?