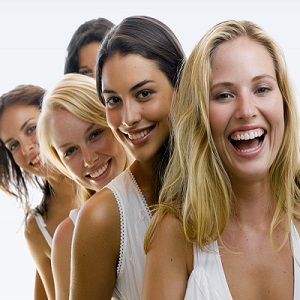 [Blind Gossip] Have you noticed that some women have taken an unusual approach to the Harvey Weinstein issue? An insider tells us that several of them are deflecting… and some of them are outright lying!

Grace: This actress has fallen from grace but claims that Weinstein never touched her.

She is lying. She has been with him on more than one occasion trying to “incentivize” him to hire her. He took advantage of that but always claimed that the projects fell through or that there was a better one coming. He laughed about the fact that she was desperate enough to keep coming back.

Esteemed: This esteemed and awarded actress claims she knew nothing.

Her innocent act is bulls*t. She has known for years and years about his behavior. FFS, she even warned [her own daughter/s] about him! No reason to warn them if she really didn’t know anything, right?

Politico: This famous politico immediately deflected any discussion of Weinstein toward a denouncement of Donald Trump.

She’s lying about not knowing anything. She’s known about Harvey’s behavior for at least ten years, but he kept the money rolling in, so she shrugged it off. She’s surrounded with these kinds of guys, so it’s really not a big deal to her. She even used to gossip about which actresses he was doing it with! She will use every negative news event to take a slap at Trump. She can’t help herself.

Blonde: This blonde actress has not mentioned Weinstein at all, but has talked about how someone else in the industry treated her in an unseemly manner.

She is actually one of the two or three biggest beneficiaries of “meetings” with Harvey over the years. She is very, very ambitious. Unless she gets some sort of subpoena, I think she’ll protect him. She has to say something about harassment, though. That’s why she’s deflecting the discussion and making it about someone else. That way she can play victim but not implicate Harvey.

Similar: You Oughta Be In Pictures

[Optional] If you were one of Harvey Weinstein’s victims, do you think you would be speaking out, lying, or keeping quiet right about now?