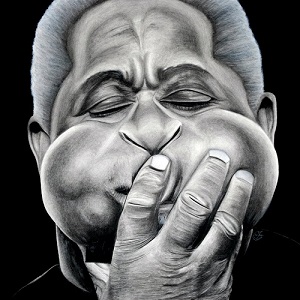 [Blind Gossip] We recently talked about an actress whose appearance was a little off. We told you it was due to some medications that she is taking.

Same situation with this male musician. He’s not suddenly gaining weight. He is on his meds. It has changed his appearance… but at least his health is more stable.

BG Note: The man in the picture is Dizzy Gillespie, one of the best jazz trumpeters ever.

[Optional] Do you prefer him puffy or unstable?

Kanye West has had a rough go of it with his mental health over the past year.

He had to make some changes to get through this rough period. As a result, his appearance has changed a bit. His face has never been thin or angular, but he is definitely looking a bit thicker all around. 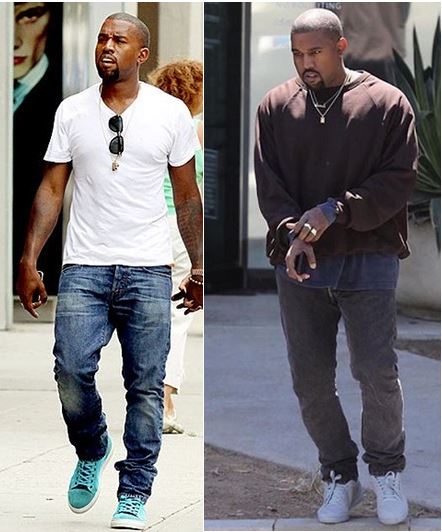 Yes, he could have thirty or forty pounds of new muscle under there, but that would still make it a strange wardrobe choice for a fashion mogul on a hot and humid August day.

The important thing is that Kanye is getting better. He’s on his meds and he is in therapy. That’s good.

A Blinder named Tootles had this to say about Kanye: “He’s more entertaining when delusional and unstable,  but more healthy when puffy and stable.”

Congratulations to everyone who got this one right, starting with Jipjip!

By the way, has anyone else noticed that the repetition of words on Taylor Swift’s new Reputation album cover vaguely resembles the cover from Kanye West’s Life Of Pablo album?