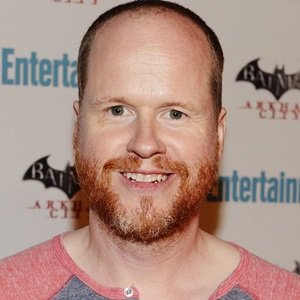 He is best known for Buffy The Vampire Slayer, Toy Story, Firefly, Angel, Dollhouse, The Avengers, and Agents of SHIELD.

Over the years, he has held himself up a supporter of feminism and strong female characters.

His ex-wife is now saying… that it was all a lie!

There were times in our relationship that I was uncomfortable with the attention Joss paid other women. He always had a lot of female friends, but he told me it was because his mother raised him as a feminist, so he just liked women better. He said he admired and respected females, he didn’t lust after them. I believed him and trusted him. On the set of “Buffy,” Joss decided to have his first secret affair.

Joss admitted that for the next decade and a half, he hid multiple affairs and a number of inappropriate emotional ones that he had with his actresses, co-workers, fans and friends, while he stayed married to me.

When he walked out of our marriage, and was trying to make “things seem less bewildering” to help me understand how he could have lied to me for so long, he said, “In many ways I was the HEIGHT of normal, in this culture. We’re taught to be providers and companions and at the same time, to conquer and acquire — specifically sexually — and I was pulling off both!”

Despite understanding, on some level, that what he was doing was wrong, he never conceded the hypocrisy of being out in the world preaching feminist ideals, while at the same time, taking away my right to make choices for my life and my body based on the truth. He deceived me for 15 years, so he could have everything he wanted. I believed, everyone believed, that he was one of the good guys, committed to fighting for women’s rights, committed to our marriage, and to the women he worked with. But I now see how he used his relationship with me as a shield, both during and after our marriage, so no one would question his relationships with other women or scrutinize his writing as anything other than feminist.

Perhaps he’s not the “woke bae” he claimed to be just a couple of months ago?

Anyway, right after the essay was published, the popular fan site Whedonesque was shut down.

DC Entertainment recently announced that Joss Whedon has been selected as the writer/director/producer of the upcoming feature film Batgirl.

Actresses with whom he had affairs:

[Optional] Can a man cheat on his wife, sleep with his female employees, and still be a feminist? Why or why not? Keep your comments civil.