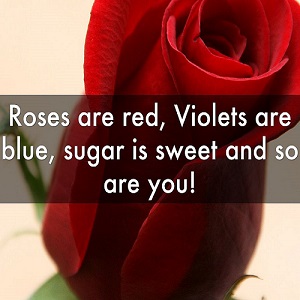 [Blind Gossip] We’ve talked before about the odd pairing of this bombshell actress and this prominent man who lives overseas.

Want to know what they do when they are alone together?

She said that they spend 90% of their time just talking. She thinks that he is brilliant and that he has really opened her eyes to the world. They like reading poetry to each other and discussing what it means. She said that he told her that every poem about love and beauty ever written is about her.

Supposedly they do all of this without the assistance of refrigerator poetry magnets.

[Optional] Can you see these two sitting around and reading poetry to each other? 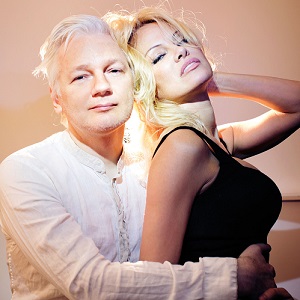 After denying it for several years, Pamela Anderson has finally admitted that she and WikiLeaks founder Julian Assange have a “romantic connection”!

Anderson also calls their relationship a “romantic struggle.” Perhaps one party feels more romantic about their relationship than the other? Since Anderson is dating a professional soccer player, this might be her gentle way of saying that Assange’s romantic feelings towards her are not completely reciprocated.

While Anderson does not talk about love poetry, she does talk about the other things that she and Assange actually do when they spend time together.

She added: “We have this closeness … he’s not close to people like he is to me.”

Calling him imperfect and one of her favorite people, she noted: “I have a real personal relationship with him.”

Anderson said she originally met him to figure out “how I could be more effective as an activist.”

Together she said they plan to make the world a better place. “We want to help create career activists,” Anderson told Fox News. “We’re going to choose ten activists a year for ten years and pay their salaries no matter where they are in the world. It’ll be very diverse, too. It won’t just be, you know, more digital.”

Anderson has made several visits to Assange at the Ecuadorian embassy in London, where the Australian has remained in legal limbo since 2012, as Fox News previously reported.

Noting their initial meeting, she told Fox News: “I brought him some vegan food, and now it’s a tradition that I bring him vegan food every time I see him, and I see him a lot.”

She said together they have deep chats about all aspects of life: they talk about everything from the Bible to animal rights, “and last time he started talking about jealousy.”

In March, after Ecuador announced it had revoked Assange’s visitor privileges and Internet access, Anderson told the New York Post she was “deeply concerned about his health and well-being” and said he was undergoing “a slow, painful death [at] the hands of the U.S. [and] U.K.”

U.S. intelligence agencies have concluded that WikiLeaks coordinated with Russian intelligence to release hacked emails from the Democratic National Committee during the 2016 election campaign. In April 2017, Attorney General Jeff Sessions told reporters that arresting Assange was “a priority” for the Justice Department.

Congratulations to Blinkandyoumight for being first with the correct response!

He was dragged out of the Ecuadorian embassy in London and now faces extradition to the United States.

And Pamela Anderson was FURIOUS about it! 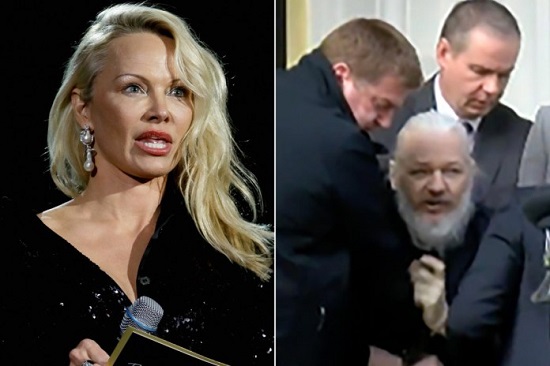 Pamela Anderson continued to come to the defense of her close friend, Julian Assange, following his arrest on what his lawyer said was an extradition request from the United States.

On Thursday, the Wikileaks founder was taken into custody inside the embassy of Ecuador in London, where he had lived for the past seven years.

“Was anyone prosecuted for war crimes and corruption exposed by Wikileaks?” Anderson, 51, tweeted Friday. “How is it more important to prosecute a journalist for exposing factual information that was to warn citizens of what their governments are secretly up to.”

Earlier on the social media site, she lamented governmental limits on First Amendment rights to freedom of speech.

Anderson also encouraged her more than 1 million followers to sign a petition opposing Assange’s extradition. As of late Friday morning, the campaign had more than 50,000 signatures.

In an explicit string of tweets Thursday, Anderson questioned the motives of the governments in America, Great Britain in Ecuador, all of which were involved in the arrest.

“I am in shock..” she tweeted. “He looks very bad. How could you Equador? (Because he exposed you). How could you UK? Of course  – you are America’s bitch and you need a diversion from your idiotic Brexit bullshit.”

“And the USA ?” she continued. “This toxic coward of a President He needs to rally his base? –  You are selfish and cruel. You have taken the entire world backwards. You are devils and liars and thieves. And you will ROTT And WE WILL RISE”

OK, so she can’t spell. But she certainly is passionate about her friend/lover (?) Assange!

Well, they broke up last year. And then got back together just a few weeks ago.

Now that Julian Assange is back in the headlines, it will be interesting to see to whom Anderson devotes her time and attention. And her poetry readings.