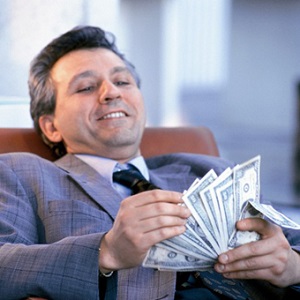 [Blind Gossip] When a rich and/or famous person runs into legal trouble and gets sued, an interesting game of strategy sometimes takes place behind the scenes.

That game is called Hide The Money!

He is a famous businessman who is also a bit of a showman. His children are famous, too.

He is getting sued but is trying to dodge financial responsibility for his mistakes by claiming that he doesn’t have the money to do what needs to be done.

That isn’t even close to the truth.

Each property and project is a separate legal entity (almost always an LLC). It’s just THIS project that is out of money. The other properties are separate companies so they can’t legally be touched.

He also has a ton of personal money stashed in overseas bank accounts. Remember The Panama Papers? Yes, like that. I don’t know the exact number but a friend says he’s got over $50 million in overseas accounts and as long as this stays civil and not criminal he’s not worried about losing it.

Isn’t he worried about his reputation if he claims he can’t pay for things? Won’t that prevent other people from wanting to work with him in the future?

Not at all. They’re all rich people and companies and they all know how this game works.

So he may be a jerk… but he’s not stupid. And he’s definitely not broke. Claiming that is just a legal strategy.

There is still plenty of money left over for bad hair and plastic surgery… for him AND his kids!