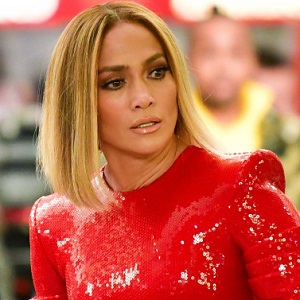 When the subject of #MeToo came up, Jennifer told a story that you have read before on Blind Gossip.

This time, though, she added a couple of interesting details!

Scarlett Johansson and Lupita Nyongo were two of the other roundtable participants.

MODERATOR Jennifer, you’ve told a story before about a director asking you to take your top off before shooting a scene.

LOPEZ A director at a fitting asked me to take my top off.

JOHANSSON To see what?

LOPEZ Because I was supposed to do nudity in the movie.

JOHANSSON Oh, they wanted to see your breasts?

LOPEZ He wanted to see my boobs. And I was like, “We’re not on set.”

JOHANSSON That is crazy.

LOPEZ Well, he was crazy. And …

JOHANSSON Oh my God, who was it?! I want to know.

LOPEZ And I said no, I stood up for myself. But it was so funny because I remember being so panicked in the moment. And by the way, there was a costume designer in the room with me. So there was another woman in the room and he says this and I said no. Luckily a little bit of the Bronx came out, and I was like, “I don’t have to show you my — No. On the set, you see them.”

JOHANSSON Thankfully you were like that, because not everybody would feel that way.

LOPEZ That’s the thing, because if you give in, in that moment, all of a sudden that person is off and running, thinking they can do whatever they want. And because I put up a little boundary right there and said no, he laid off and then later on apologized. But the minute he walked out of the room the costume designer was like, “I’m so sorry, I’m so sorry that just happened.”

It is interesting that a female costume designer was in the room at the time.

It is also interesting that Lopez now reveals that she knew that she was expected to remove her clothes in the movie and did, in fact, do so. If you go back and read the previous two blinds, her story has changed a bit.

Jennifer Lopez also talked about how her movie Hustlers employed the use of an “comfort coach” to make sure that the women were comfortable on the set.

LOPEZ And made everybody on the set comfortable with what they were doing, because we had a lot of women who were half-dressed or naked, topless.

[Optional] On a scale of 1-10, how talented is Jennifer Lopez?