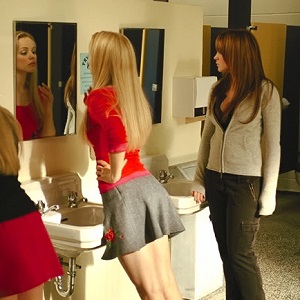 [Blind Gossip] There was a young actress at the MTV VMAs.

She was very alert and attentive the entire evening. Why?

She was in the girl’s rest room at [redacted]. There were a few girls trying to shield her but I could see what was going on. She was doing bumps like a pro. I’ve seen a lot but she is too young to be doing that sh*t.

She looks older than she is. Perhaps that is why others are supplying her/protecting her.

Similar: Singer Was In Deep Powder