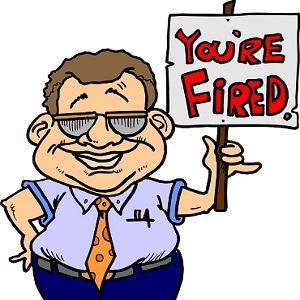 [Blind Gossip] This is an interesting note to a certain celebrity’s bizarre behavior.

His company is losing money, but he has figured out a way to keep his reputation as a visionary intact.

Most business people fight hard to keep their jobs, but he actually dares people to fire him! He knows they don’t have the balls to do it. If they fire him, he walks away with a huge package. Then when the business fails, he can claim it failed because he wasn’t there anymore. He will never quit, though. That would be admitting defeat and he can’t do that. He’s got like ten other companies that he wants to start (yes, he is manic).

We are assuming that “huge package” refers to monetary compensation.

Similar: Running For The Exits

[Optional] What do you think will happen to him? His company?