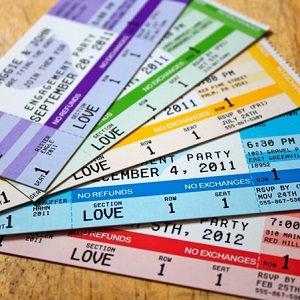 [Blind Gossip] This award-winning movie star recently had a night out with his girlfriend and another male actor.

All three were in a movie together last year.

They were fortunate to score front-row seats to a concert in a big venue.

He seemed to have a lot of fun with [the other actor]. They were talking about going backstage after the show and were laughing a lot.

He didn’t interact with his girlfriend much at all. She was complaining about everything. At first she said she couldn’t believe that nobody recognized them. Then, when fans did started coming up (very respectfully, by the way) to talk to him or ask for a picture, she acted really irritated (the fans were definitely more interested in talking to him than her).

Or actor was supposedly gracious and accommodating to the fans.

Eventually his girlfriend was so bothered, though, that she announced that she was going to get something to drink and stomped off.

Maybe she was annoyed that he wasn’t treating her like the queen she thinks she is?

At least one of his concert dates was good company!

[Optional] Do you think he’d be fun to hang out with?