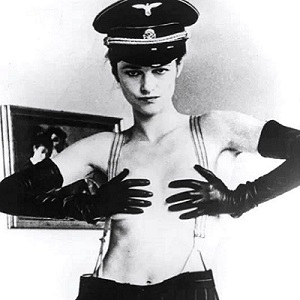 [Blind Gossip] This quirky film actor – who has starred or costarred in more than fifty films over the years – was at the Toronto International Film Festival.

When not engaging in the usual networking and promotional duties, he was partying. One such party was held at a local sex club. Quirky brought a date with him.

She is a pro he uses whenever he is in the area. He also sometimes flies her to him on a private plane or first class when he wants her. He likes her to dress up like Charlotte Rampling in The Night Porter in the bedroom. Hey, whatever floats your boat.

We’ve told you that Quirky’s marriage is on the rocks – and his wife did not come with him to TIFF – but we are guessing that his wife and child/ren would still be embarrassed to hear about this!

Similar: Marriage On The Rocks

[Optional] What is the oddest thing about him?