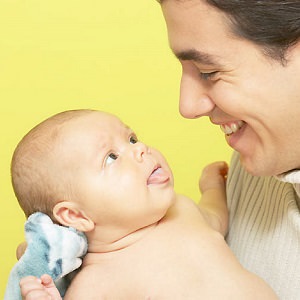 [Blind Gossip] This male celebrity became a father for the first time in the past few months. Congratulations!

His [female family member] says that the baby doesn’t look anything like him or anybody in their family. She is very suspicious and she told him he needs to do a DNA test so he doesn’t wind up taking care of a kid that isn’t even his for the next 18 years.. He agrees with her, but he knows that (the baby’s mother) is going to freak out and he doesn’t want to create this huge problem with her if he’s not sure.

[Optional] What should he do about the DNA test? Tell the baby’s mother he’s doing it… ask her… do the test without her knowing… or just forget it?