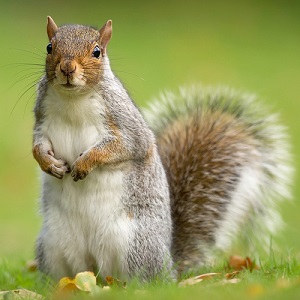 [Blind Gossip] This performer is annoyed that her ex wants more money from her.

It’s not the dollar amount that she is concerned about. She actually has plenty of money. It’s the betrayal she feels.

She likes to tell this story from back when they were dating.

They went to a restaurant in Santa Monica. They were seated outdoors on the patio. There was a squirrel that used to go from table to table, getting food from the customers.

Everybody else found it funny, but she was actually terrified of the squirrel!

He saw that, so every time the squirrel came near her, he would get up and chase it away. He did this over and over again.

She said that’s when she knew she was going to marry him. He could have just sat back and done nothing or even made fun of her. But instead his instinct was to immediately jump up and protect her. That’s what she wanted. Someone who would always look out for her. That’s why she doesn’t like it that he is on the other side now, trying to get something from her. He used to be her protector, but now she needs protection from him.

Similar: His Response To Her Money Demands

[Optional] If you were scared of the squirrel, what do you think your partner would have done?