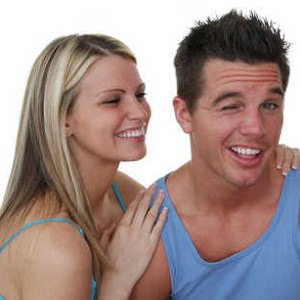 [Blind Gossip] This young actress has already won major accolades. Her talent is no secret… but her relationship with her man always has people whispering and asking questions!

Want some answers? Of course you do! And, luckily for you, they come from someone very close to him.

I know he pings pretty hard (as gay), but he likes to say that he is not gay, he is pansexual. He will sleep with anyone. He says that his attraction to other people is not about the gender, it’s about the mind.

Are they really a couple?

That’s more difficult to answer. They are good friends and spend a lot of time together, so if that makes them a couple, then they are a couple. He likes the attention he gets from being seen with her. However, she is too old for him and not really his type. He likes them very young, as close to 18 as possible. He is very sexual and he usually chooses much younger boys and much younger girls.  She knows all this.

Did he have a relationship with [that boybander]?

Let’s just say that those rumors have a lot of merit to them. He still gets teased about it a lot.

Anything else we should know about him?

He is very artsy and eccentric and a big fan of c*caine.

That doesn’t exactly sound like marriage material to us, but perhaps we are missing something here.