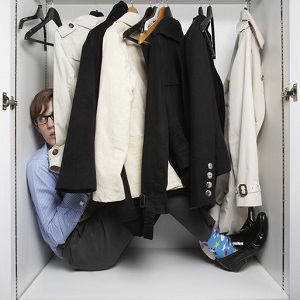 [Blind Gossip] We have been telling you for years that this TV man’s straight act is all a farce. We almost can’t keep up with the number of times he’s put out fake stories of himself with some “girlfriend” in the hopes that you will think that he is straight! First of all, why does he pretend to be straight? Surprisingly, it’s because of his mother!

He says that his mother would be humiliated if he came out.

So, he is going to stay in the closet until she passes?

Not necessarily. He is getting desperate for money. His [new business] is failing. He has to do something else, so he’s been pitching a new reality series.

The premise is him coming out as a gay man and exploring his new gay life in several major U.S. cities. If someone will pay him to put his gay life out there, he will do it.

So he will come out if the price is right. Anyone buying his pitch?

Not yet. The problem is that he isn’t really attractive or interesting to advertisers and he already did one show that failed. He needs to get [major reality family] to be involved, either by producing the show or committing to be on the show. He is desperate for their approval/support, but they are annoyed with him right now. He knows if they cut him off, it’s over for his career.

Similar: How Cheater Villain Will Enhance The Brand

[Optional] Do you find him attractive or interesting? Would you watch a reality series about him coming out?