[Blind Gossip] These two celebrities have a son. He wants to move out. He wants his own place where he can spend his time doing what he likes without his parents watching or interfering.

Both of his parents have said, “No.”

His parents have control over his allowance, but that may not be enough leverage. While he has no education, there are people willing to pay him simply because his parents are famous. Mom and Dad are worried that he will come to depend on that sort of sustenance, rather than establishing some sort of professional career for himself

They are trying to come up with some sort of strategy to make him want to stay home. They need to hurry, though. Once he turns 18, they won’t be able to legally hold him back.

Similar: Their Kid Is Out Of Control 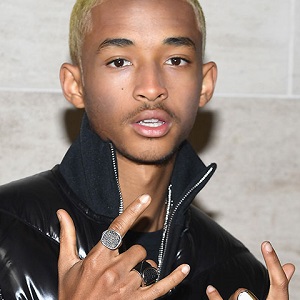 Jaden Smith asked to be emancipated from his parents at the age of 15.

He supposedly thought he was successful and mature enough to live on his own because:

He has built quite the resume thus far in his career: He has collaborated with teen pop superstar Justin Bieber, stared in movies, is a clothing-brand entrepreneur, has taken home a Teen Choice Award and has even been romantically linked to reality star Kylie Jenner.

That is apparently what makes a child “mature,” so the parents let him go.

Jada Pinkett Smith says she was “devastated” when her son Jaden asked to be legally emancipated at the age of 15.

The actress opened up about the experience alongside Jaden, her daughter Willow and her mom Adrienne Banfield-Jones on the latest episode of Red Table Talk on Monday.

“At 15 years old, Jaden, and I remember this day specifically, it’s probably one of the most heartbreaking moments of my life,” she began. “You got to a point where you told me straight up, you were like, ‘Mom, I have to leave here to live my life.’ “

She added, “I remember thinking to myself, as devastated as I was, I was like, ‘He’s right.’ The time is now. He’s 15. It’s time for him to leave the house.”

Depending on which source you read, Jaden first asked to move out when he was 13. Or 14. Or 15. His parents agreed. Or disagreed. Jaden said he wanted to move out on his own. Or live with his parents for the next 20 years. Jaden wanted to be legally emancipated. Or not.

Don’t look for any kind of hard facts or consistency with anyone in this family. Their weirdness – which they want you to think is artistry or progressiveness – makes it difficult to make any sense of what they say or do.

Want more evidence? Check out this solved blind item from 2008: Because Kids Are So Mature. It’s a classic that will leave your jaw dropping to the floor!

Congratulations to Songbird81 for being first with the correct answer!