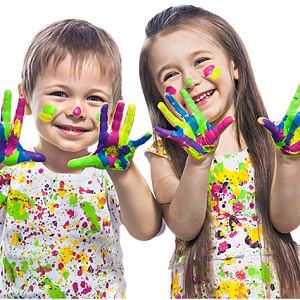 [Blind Gossip] This outspoken TV and film actor may be on his second family… but his second wife is certainly making the most of it!

She just thinks that’s the right number. There are no other Hollywood celebrities who have six young children being raised by one mom (except Angelina Jolie and Madonna, but they have kids in their teens) and she wants to be it.

She is considerably younger than her husband, so she certainly has time on her side.

Good luck with that.

[Optional] Do you think the actor will be good with this? 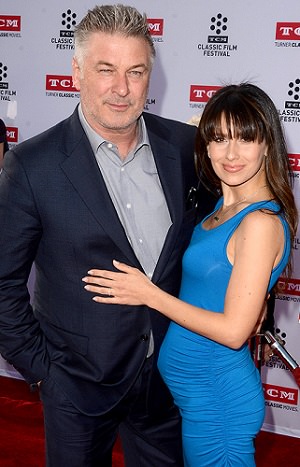 Actor Alec Baldwin and his second wife, yoga instructor Hilaria Baldwin, have had four babies together in the past six years.

Your friends at Blind Gossip told you back in 2018 that she was aiming for six children.

Hilaria Baldwin announced she is pregnant again after suffering a miscarriage in April. It will be her fifth child with and husband Alec Baldwin.

“It is still very early … but we have learned that there is a little person inside of me ,” she wrote on Instagram. “The sound of this strong heart makes me so happy — especially because of the loss we experienced in the spring. We want to share this news as we are excited and don’t want to hide the pregnancy.”

She asked that paparazzi please not chase her around for baby bump pictures.

“These first few months are tough with exhaustion and nausea … and I don’t want to have to pretend that I feel ok,” she added. “My one request is that the media not send paparazzi to follow me or buy independent paparazzi photos, hence encouraging them. I want to remain peaceful during this very early time in my pregnancy and getting chased around by cameras is not in the doctor’s orders.”

Baldwin also has a 23-year-old daughter, Ireland, from his previous marriage to Kim Basinger. 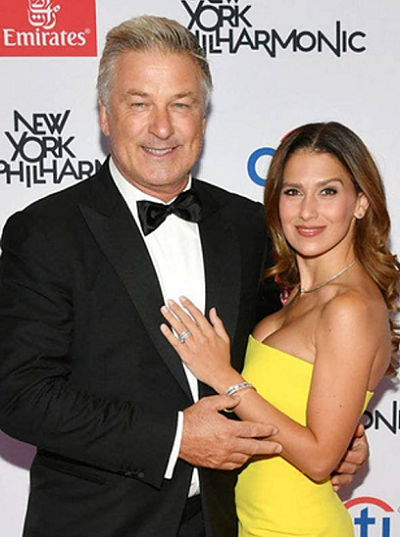 The request for the paparazzi to stay away is an interesting one, given that it’s coming from a women who has been in chronic attention-seeking mode for the past half dozen years. 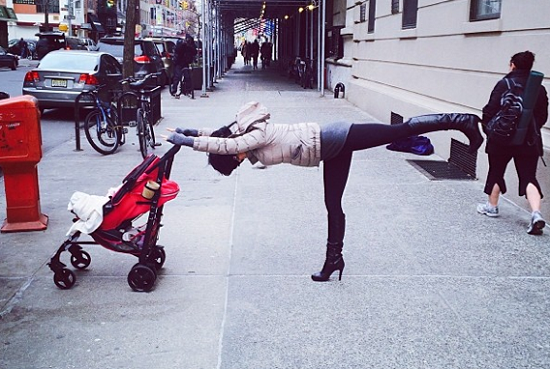 The woman poses like this in public on a New York City sidewalk… but doesn’t want you taking her photo without her permission!

Guess the paps will have to content themselves with following Alec around and waiting for another outburst from him!

Congratulations to the Baldwins!

And congratulations to Rexczarina for being first with the correct answer!

Your friends at Blind Gossip told you way back in 2018 that Hilaria Baldwin, wife of actor Alec Baldwin, was planning on having SIX children with Alec.

She had Baby Number Five five months ago. They named him Eduardo.

Here are the parents with all five kids: 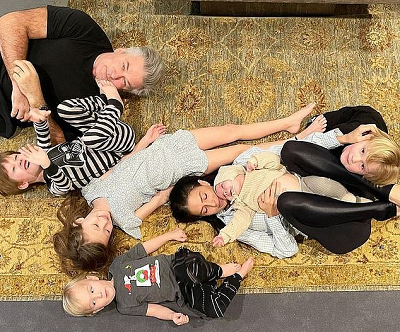 Baby Number SIX is here, too!

Hilaria and Alec Baldwin have welcomed their sixth child together. Hilaria announced the news in an Instagram post on Monday.

Hilaria, 37, shared a photo of herself surrounded by their six children, captioning the picture “7” and giving the photo credit to Alec. The yoga instructor gave birth to their fifth child, Eduardo, in September. They are also parents to 2-year-old Romeo, 4-year-old Leonardo, 5-year-old Rafael Thomas and 7-year-old Carmen. Alec shares his 25-year-old daughter, Ireland, with his ex-wife, actress Kim Basinger.

Again, Hilaria just gave birth five months ago, so this baby comes as quite a surprise!

Did you even know she was pregnant?

While the new baby looks tiny compared to five-month-old Eduardo, it doesn’t look as tiny as preemies we have seen.

Baby Number Six is definitely bigger than a – ummm, how do you say in English? – cucumber. 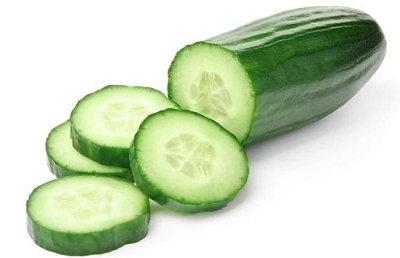 Yes, we went there.

So… where did this new baby come from?

We don’t know. And they aren’t saying.

By the way, here is what Hilaria looked like in December 2020 while holding Eduardo. 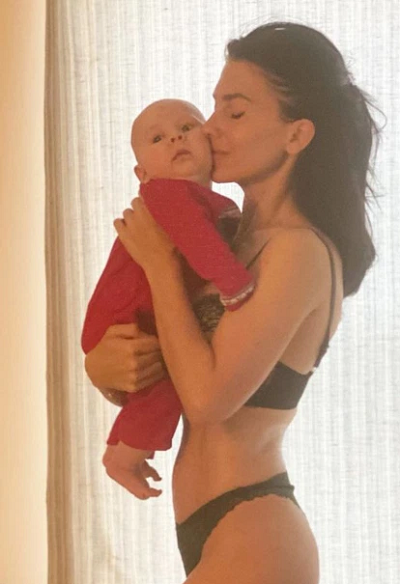 They have not disclosed the gender of the new baby.

They have also not disclosed the name. In keeping with the Spanish theme, perhaps they are considering Mentiroso if it’s a boy or Menitrosa if it’s a girl?

Hilaria posted the photo along with the simple caption: “7❤️📸Alec”

When ET spoke with 62-year-old Alec and Hilaria in November 2019, the 30 Rock star said he was always open to having more kids with his wife.

“If you have kids, and if you’re like us, sometimes you feel like you can’t stop having kids,” he shared at the time. “Every time we have them, we’re like, ‘This is great. Let’s have more!'”

As we told you in the blind item, Hilaria’s original plan was to have six children and parlay that into a brand as The Ultimate Hollywood Mom, on par with Angelina Jolie. 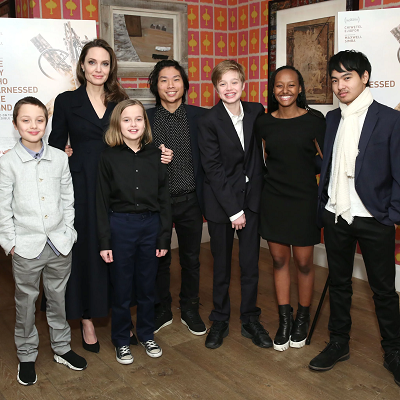 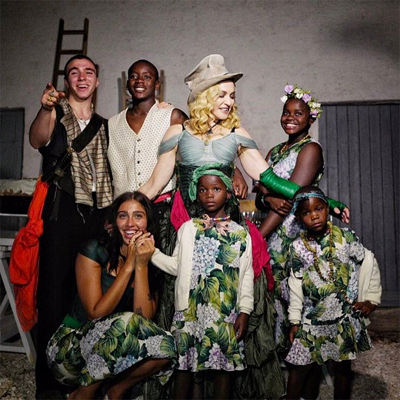 While six children may have been her goal a few years ago, we do not know if Hilaria is now done.

This is all further complicated by the twist of events over the past year.

As you already know, Hilaria and her eyebrows enjoyed quite the controversy recently around her co-opting a fake Spanish heritage. 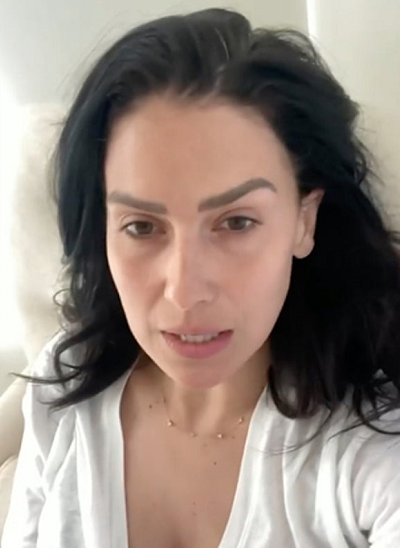 We don’t know how all of this will now shake out now for her “brand.”

In the meantime, congratulations on the new baby!

Back in 2018, Hilaria and Alec Baldwin had four children with Hilaria Baldwin, as well as an older daughter named Ireland with ex-wife Kim Basinger. 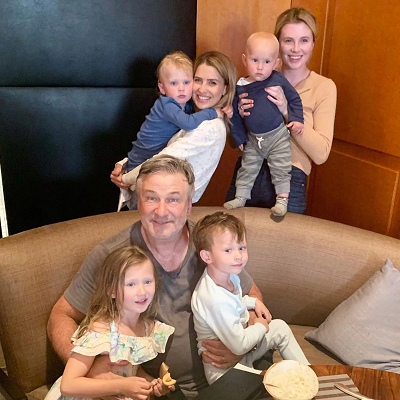 Since Hilaria was faking a Spanish heritage at the time, they even managed to land the family the cover Hola! magazine. 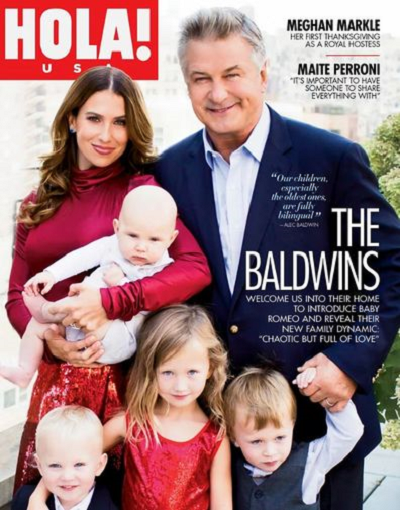 Your friends at Blind Gossip told you that the baby-making was not over. We told you that Hilaria’s plan was for her to have six children of her own with Alec and to create a brand around herself as the ultimate Hollywood mom!

She just thinks that’s the right number. There are no other Hollywood celebrities who have six young children being raised by one mom (except Angelina Jolie and Madonna, but they have kids in their teens) and she wants to be it.

Alec and Hilaria Baldwin now have six young children together, including two born in the last year within five months of each other.

And now Hilaria is moving forward to establish herself as the ultimate Hollywood mom and provide mothering advice to the rest of you.

She will be doing a podcast with her husband Alec about… parenting!

Here is Hilaria with all six of her little children. 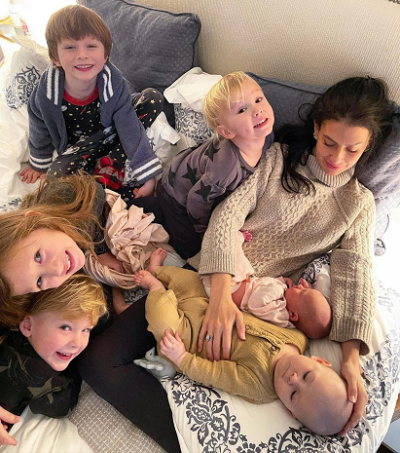 Hilaria Baldwin and her husband Alec Baldwin are starting a new podcast called “What’s One More?”

The focus will be on “relationships, parenting, philanthropy & inspiring others to be better” according to its Instagram page.

The couple will chat and also have “industry-leading guests” involved in the conversation.

The couple, who married in 2012, share six young kids together. They announced the birth of her sixth child, a baby girl, María Lucía, via surrogate in March after welcoming son Eduardo “Edu” Pao Lucas just 5 months prior.

We told you three years ago that this was her goal for her brand!

Between Alec Baldwin’s branding his oldest daughter Ireland a “rude, thoughtless little pig” and Hilaria Baldwin’s nutty years of appropriating a fake Spanish heritage and accent, the thought of these two offering parental advice to others is simply jaw-dropping.

Related: The Man In The Plastic Mask