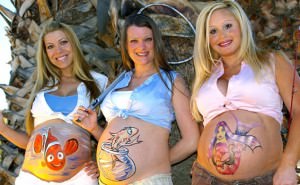 [BlindGossip] Arnold Schwarzenegger isn’t the only one with multiple Baby Mamas. This well-known (but occasionally troubled) Actor has three baby mamas, none of whom are famous.

He left Baby Mama 1 high and dry after she found out she was pregnant.

Then he got Baby Mama 2, a woman from a small town, pregnant. However, he never made any sort of commitment to her, either.

A few years later, the Actor had the nerve to return to the same small town… with Baby Mama 3 in tow! He thought it would be nice if 2 and 3 raised his children near each other. Thoughtful of the stud, right? So, now he has three children with three different women. Just like his lesser-known brother.

Not that this will ever get publicized. Even his parents don’t know about all three babies. They still think of Actor as their golden boy and hope that he will get back together with one of his very famous ex-girlfriends. 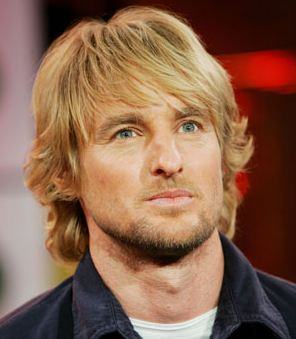 “Midnight in Paris” star OWEN WILSON’s big brother is a deadbeat dad who owes tens of thousands of dollars in child support!

Actor Andrew Wilson, 47, has fathered four children with four differ­ent women, and insiders say new dad Owen, 43, is pressuring him to take financial and emotional responsibility for them.

“Andrew is pretty much a good-time Charlie,” a longtime family friend told The ENQUIRER. “He works on films when he can get them and the rest of the time he kicks back.

“It breaks Owen’s heart that his big brother is a deadbeat dad. He’s trying to get Andrew to grow up and start acting like a man.”

“He’s basically on the lam from three women in California that he owes child support to, and now he has a new baby in Hawaii.

“Andrew’s California offspring in­clude a 2-year-old son with clothing designer Miki Dinning, a 7-year-old son with his ex-wife Nnogo Obiamiwe, and another child with an ex-girl­friend. Miki sued Andrew for child support but hasn’t been able to serve him with legal papers. Andrew is hanging out in Hawaii, and no one knows where he’s living,” the source divulged.

Now let’s move on to Owen, a.k.a. The Butterscotch Stallion, who has his own children to support.

The only one he has publicly acknowledged is the son of Jade Duell. In a really odd series of events, Wilson’s publicist announced that Owen was going to be a father on January 10, 2011. The baby was born in Hawaii sometime between then and January 14, 2011. And then, five minutes later, they broke up.

Here’s a pic of Owen and Jade bringing little Robert to Maui (perhaps to visit with his siblings?): 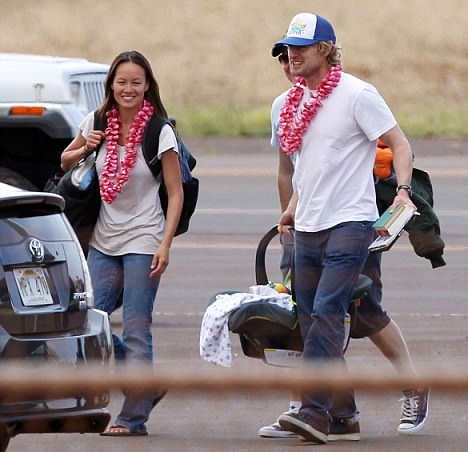 Owen Wilson ‘ends relationship with mother of his baby boy’

Owen Wilson is said to have split from the mother of his only child.The Wedding Crashers star and former air marshal Jade Duell welcomed a son, Robert, five months ago.

The relationship came to an end because the 42-year-old wasn’t ready to commit, it has been claimed.

‘Owen wanted the freedom to do what he wanted with his friends, both male and female, while remaining a family unit with Jade and the baby,’ an insider told the National Enquirer.’But Jade wasn’t willing to go along with that, so Owen decided to end things with her instead of cheating behind her back.’

Duell and Robert are said to have moved to New York to be with her family while Wilson remains based in Santa Monica, California.

The 42-year-old actor showed no signs of strain on June 18 when he walked the red carpet at the Cars 2 premier in Los Angeles.

In the Disney/Pixar sequel, Wilson voices the leading role of Lightning McQueen, the star racer of the 2006 animated film.

Wilson shocked his family, friends and fans with his suicide attempt four years ago when he tried to overdose on prescription pills and slashed his wrists after splitting up with girlfriend Kate Hudson.

Since then the Little Fockers star seemed to have gotten his life back on track by embracing fatherhood when son Robert Ford Wilson was born n January 14 of this year.

He told told U.S. entertainment show Access Hollywood: ‘I was never like somebody who was like, ‘Oh gosh, it’s a little baby! Let me hold it.

‘They’re so fragile, but then when it is your own, all of a sudden you feel a lot more confident. You really do have this bond, this real connection with this thing that a month ago wasn’t even here It is strange… Their cries are like beautiful music!’

Fans were surprised when Jade’s pregnancy was announced four days before the birth of her son, as it had not been public knowledge that the Midnight In Paris actor was even dating her.

It was then revealed that he and Jade met last year when the air marshal sat next to him on a flight.

A spokesperson was not available for comment when contacted by Mail Online.

Riiight. The spokesperson was “not available”. Who is really going to explain why no one even knew he was dating this woman? Nobody.

Who is going to explain the fact that the birth was a couple of days after the announcement that they were expecting? Nobody.

Who is going to explain the very weird wording of the article, “is said to have split from the mother of his only child”? (publicist inclusion alert!) Nobody.

When you have lots to hide, the default position is to say nothing. And if those other baby mamas in Hawaii want their checks to keep rolling in, they will say nothing as well.

Congratulations to LuvPrue1, who was first with the correct answer! Luv even got the “golden boy” reference and the old girlfriend (Kate Hudson). Yay, LuvPrue! 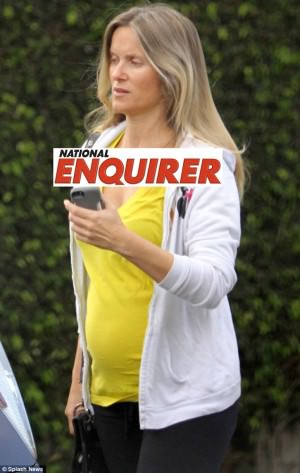 Owen Wilson – The Butterscotch Stallion – is going to be a daddy once again! Baby number four is on the way!

And, once again, the woman (this time it’s a personal trainer named Caroline Lindqvist) is not someone he was publicly dating. In fact, this woman is married to someone else! Whoops…

Also, true to Owen’s well-established pattern of daddydom, the announcement of the baby comes late in the pregnancy.

Caroline told Owen in May that she was pregnant, and the media is just picking it up now. Assuming that she was between 1-3 months along when she told Owen, she is now 6-9 months along. The photo on the left may give you some indication of how far along she is (although we don’t know how recent it is).

It’s also interesting to note that Jade Duell (mother of baby #3) requested that Caroline (mother of baby #4) not be allowed to give birth at Owen’s home in Hawaii. Clearly, three Wilson baby mamas on the island is enough!

With the arrival of this baby, Owen will tie his brother Andrew’s record for most children fathered with multiple women out of wedlock. Four apiece! Gosh, their parents must be so proud!

Two years after the birth of his first love child, OWEN WILSON’s at IT again!

The 44-year-old “Wedding Crashers” star is secretly preparing for the January birth of his child with 41-year-old Swedish-born fitness trainer Caroline Lindqvist, who’s in the process of getting a divorce from Beverly Hills plastic surgeon Dr. Ritu Chopra and has reportedly been separated from her husband for more than a year.

The screen star met Caroline shortly after his 2007 suicide at­tempt, which was sparked by his split from Kate Hudson. At that point, he hired Caroline – who currently works in real estate in Malibu – to be his personal trainer.

Their friendship evolved into regular sex­ual romps, says a family friend, and both are reportedly thrilled that they’re expecting a son together.

“Caroline broke the news to Owen this past May shortly after confirming that he was the father,” said the friend.

“Caroline begged him for a quiet, hassle-free divorce, and he obliged.

“Neither has hired an attorney, and Caroline is going to walk away from the divorce with practically nothing. But she is going to score big time by having Owen’s baby – she’ll be set for life.”

On Aug. 26, 2007, The ENQUIRER was the first to report that the “You, Me and Dupree” star was rushed to Saint John’s Health Cen­ter in Santa Monica, Calif., after he took an overdose of prescription pills and slashed his wrists at his home. We revealed that he was despondent after seeing photos of Kate, who had dumped him, cuddling with a new boy­friend, comedian Dax Shepard.

Owen and Kate briefly rekindled their ro­mance a few months later, but it didn’t last. He went on to date a string of gorgeous wom­en, and The ENQUIRER exclusively reported that Jade, a federal air marshal, was pregnant with his baby. She gave birth to their son on Jan. 14, 2011, at Owen’s Maui estate. The two reportedly split up five months after the baby was born but remain on good terms.

“Owen was dreading telling Jade about Car­oline being pregnant because she can be a real spitfire when she gets angry,” the friend said. “Jade was shocked, but she kept her cool, at least for now.”

The one thing Jade has requested, says the source, is that Caroline not give birth at Owen’s home in Hawaii.

“That’s where Owen and Jade’s son was born and she wants it to stay special just for them,” explained the friend. “Owen is not sure what Caroline wants to do, but he’ll support her decision, whatever it is.

“In any case, he’s going to have to figure out how to keep the peace between these two women so he can continue to be a good dad.”