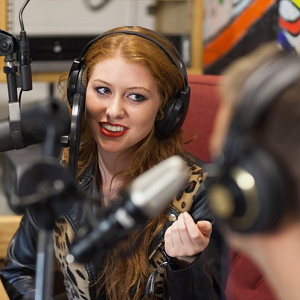 [Blind Gossip] This actor comes from a famous acting family.

He is currently doing some publicity for a fantasy film that is being released.

His radio tour so far has been a hot mess!

He couldn’t seem to answer even the most basic questions about the movie. The hosts were completely dumbfounded.

It’s obvious that he hadn’t seen the movie or even the trailer. He doesn’t know even the basics of the plot. He was just making things up in the interview.

I know he was given a full briefing about the movie, so I don’t understand how he is so unprepared.

He has battled some drug issues in the past. Is he sober?

I was told that he behaved very professionally on set and knew his lines. Everybody thought that he’d be good to go for promotion.

Obviously he wasn’t. Can you give us an example of something he said during the interview?

At one point he told [the host] that the entire world of [the movie] was CGI-ed around him.

His scenes don’t have any CGI.

Although our actor is not as famous as his sister, he does work all the time, mostly in independent productions. He is so prolific, in fact, that he has hundreds of film and television credits to his name!

Would his famous sister – or his daughter – be shocked if they knew that he had bungled his interviews so badly?

We don’t know. However, we do imagine that his sister would just laugh her big, horsey laugh and revel in her career superiority…

[Optional] Which member of his family is your favorite?