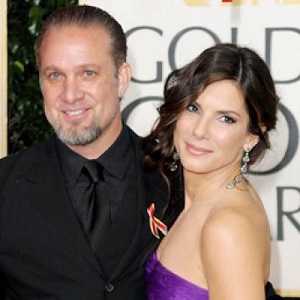 [Blind Gossip] Remember when Sandra Bullock and Jesse James were happily married? When Bullock won a Golden Globe for her work in The Blind Side, she made a moving speech that included the following expression of gratitude to James.

…and to my husband, there is no surprise that my work got better when I met you, because I never knew what it felt like for someone to have my back. So thank you!

Two months later, their marriage broke up when Bullock found out that James was cheating on her with some tattooed lady. Guess he didn’t have her back after all.

Let’s talk about a different celebrity couple, an actor and actress. Their marriage is also over because he didn’t have her back!

Yes, he cheated on her. As disturbing to her as the cheating, though, was the fact that he didn’t have her back when it came to being a parent.

She always praised him in public for being a great dad, but she said that she was basically a single parent. He thought that having kids was going to be all fun and games, but when it turned out to be so much work, it was just too hard for him. He stayed away more and more and she had to do all the parenting. He basically abandoned them (except for photo ops).

So now you know what she means when she talks about the importance of being with someone who has your back.

Given that he doesn’t seem to enjoy being a parent, will he ask for custody?

Yes. His public image is about being a nice guy, not a selfish jerk who doesn’t care about his children. He HAS to ask for custody so he doesn’t look bad!

This will be interesting. Look for both of them to take more swipes at each other as the divorce and custody discussions proceed!