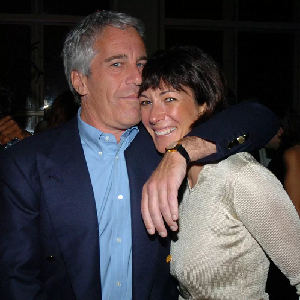 [Blind Gossip]  There has been a shocking disclosure in the case against Ghislaine Maxwell, the confidante of Jeffrey Epstein.

Maxwell’s desire to keep her spouse’s identity secret may have worked against her effort to seek bail.

Maxwell wanted to post a $5 million bond. Assistant U.S. Attorney Alison Moe opposed that idea on the ground that Maxwell provided no information about her spouse or anyone else who would back up the bond.

“In addition to failing to describe in any way the absence of proposed cosigners of a bond, the defendant also makes no mention whatsoever about the financial circumstances or assets of her spouse whose identity she declined to provide to Pretrial Services,” Moe said at Maxwell’s court hearing Tuesday.

Pretrial Services employees gather information on defendants for judges, among other duties.

“There is no information about who will be cosigning this bond or their assets and no details whatsoever,” Moe said.

This adds a fascinating twist to this legal case!

Who is this mystery man?

Why did she marry him?

Was Chrissy Teigen involved in any of this? (Just kidding!) 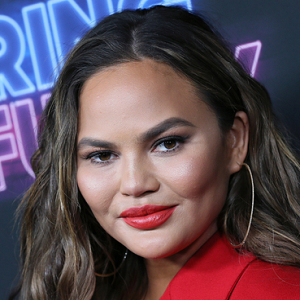 Wait a minute. They don’t mention the gender or call the spouse “he.” Could her spouse be a woman?

Spouse and/or Reason for marriage:

[Optional] Open comments about Ghislaine, her mystery spouse, and her case. Please keep your comments civil. 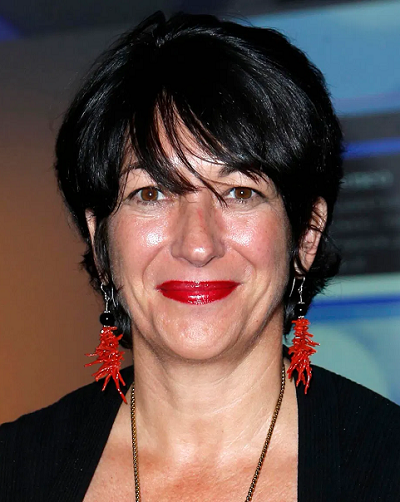 Although Jeffrey Epstein is no longer with us, Ghislaine Maxwell, his former lover and accomplice, is still here… and is facing huge legal trouble.

The disclosure in court filings that she was secretly married was a shock.

Here’s how that marriage happened!

Approximately seven years ago, Ghislaine Maxell had an affair with a married man.

His name is Scott Borgerson. Although he has been reported to be a former Navy SEAL, that is not true. He supposedly attended the United States Coast Guard Academy, but he was not a Navy SEAL. 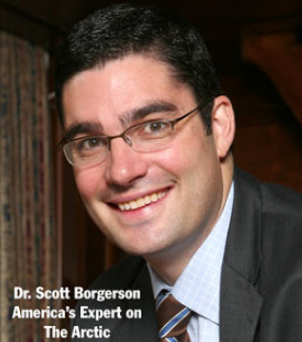 A bio on him states the following:

Dr. Borgerson earned a B.S. from the U.S. Coast Guard Academy with high honors as well as M.A.L.D. and Ph.D. degrees in international relations from the Fletcher School of Law and Diplomacy at Tufts University.

So, not a Navy SEAL. Not a medical doctor. Went to law school but not a lawyer.

Borgerson is actually a wealthy tech executive. We’ll get to that wealthy part in a minute.

A few years ago, Borgerson was married to a woman named Rebecca. Here is Rebecca. 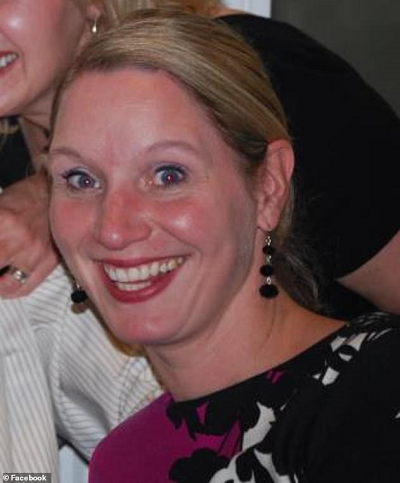 They had two children together.

Borgerson met Ghislaine Maxwell at a professional conference sponsored by The Arctic Circle, an organization founded by former President of Iceland.

This may be a photo of when they first met. 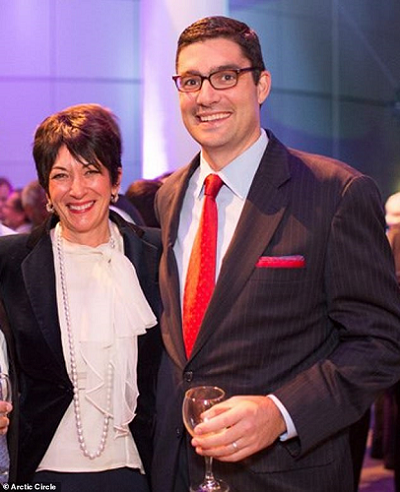 Notice Borgerson’s conservative appearance and his wedding ring? That would all change after this conference.

Long story short, Borgerson had an affair with Maxwell, dumped his wife, and then married Maxwell. 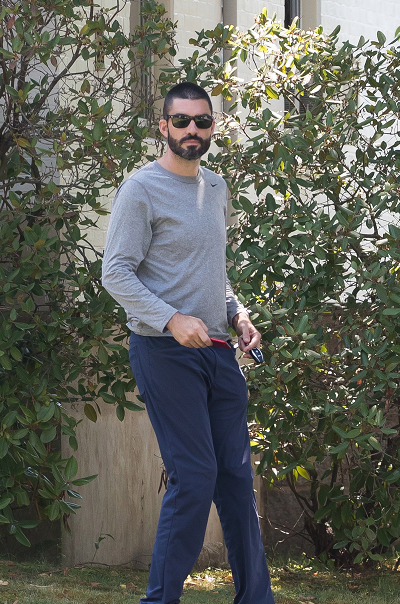 Much thinner, beard and mustache. Almost like a disguise.

Let’s talk about the money.

It’s important because Ghislaine Maxwell is facing serious liability for her role in recruiting and/or allegedly trafficking young women to service Jeffrey Epstein and his friends. 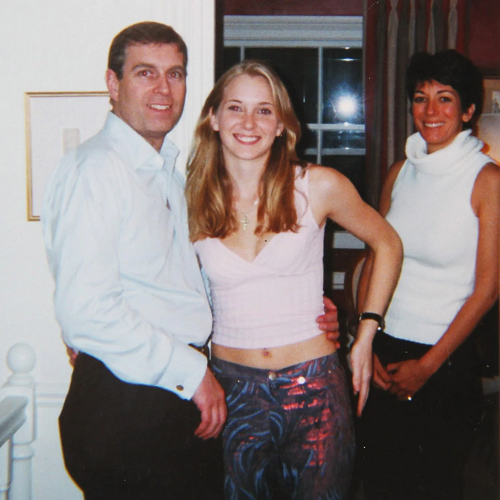 Yes, that’s Ghislaine Maxwell lurking about in the back of what Prince Andrew claims is a fake photo of him with an underage girl at one of Jeffrey Epstein’s properties.

Although Maxwell had considerable assets prior to entering the marriage, an awful lot of financial shenanigans took place right after the marriage.

We’ll sum it up for you.

The forensic accounting on this is complicated and there are a lot of trusts and shell companies involved, but it seems to shows a pattern of Ghislaine Maxwell attempting to hide/move her money around.

Remember when no one could find Ghislaine Maxwell for over a year? The FBI was on a worldwide manhunt for Maxwell, yet no one could figure out where she was.

Ghislaine Maxwell was finally found hiding out in a luxury home on a 156-acre estate in New Hampshire. It turns out that the house was purchased with $1 million cash from a “carefully anonymized LLC” that has now been traced back to Borgerson. 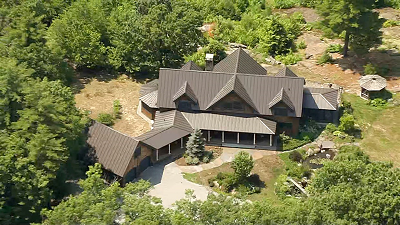 Clearly, those trees aren’t the only shady thing about this couple.

Even though she says that she is now worth only a couple of million dollars, Maxwell is proposing a $28.5 million bail package for her release.

Of course, Borgerson is claiming that Maxwell is a wonderful person and has written glowing letters to the judge about her outstanding character. He’s even putting up the bail money for her. How generous.

Yes, Ghislaine Maxwell wants out of prison. You see, she feels that the condition of the prison is “onerous” and it’s very “stressful” for her. She doesn’t like the frequent searches or being woken up on a regular basis to make sure that she doesn’t off herself like her pal Jeffrey Epstein.

Awww. Poor Ghislaine Maxwell. So poor. So innocent. So stressed.

We do not know if the judge will grant bail, as Maxwell is considered a serious flight risk.

However, the introduction of her shady and money-manipulating husband into all this is proving to be very interesting… and very enlightening!