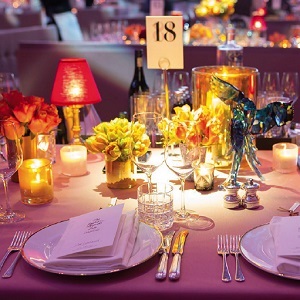 They were seated on a bench seat that was suitable for two to three people. The interaction between them was interesting.

They did not speak to each other or even look at each other. The only time there was any sort of interaction was when someone wanted a photo. Then they would move in close together. As soon as the photo was taken, though, she would give him the cold shoulder and slide down to the opposite end of the bench!

Yes, we have photos.

So, to whom was our male athlete paying attention?

He spent most of the evening talking to his best friend, who was sitting near him.

[Optional] Why do they stay married?