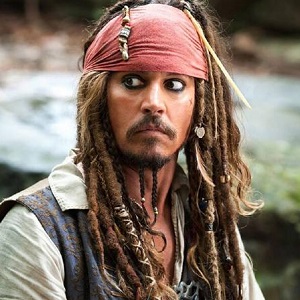 [Blind Gossip] Remember when Johnny Depp’s team claimed that he had injured his hand in a go kart accident in Australia?

Your friends at Blind Gossip told you that the go kart story was not true at all.

There was no go kart. Johnny Depp actually cut his hand indoors in a drunken fight. The truth did not come out until many months later.

You may be wondering why this young American actor is spending so much time in a foreign country.

To explain this, we’re going to have to go back in time a few months.

Our actor was filming a project in Foreign Country 1.

There was a medical incident. A very serious one.

He was rushed to the local hospital.

His case was so severe that they decided he would be better off being transferred to another hospital in a larger, neighboring country with better facilities to treat him.

He was subsequently airlifted to Foreign Country 2.

However, when news leaked that something had happened to the actor, his team had to come up with a story. So they took a page from the Johnny Depp playbook.

Their story sounded plausible. And it kept the media at bay.

Except… it was not true.

So… what was the real medical emergency?

Our actor had been seizuring.

Because he had OD’ed.

We did not know if he was going to make it. It was literally a life-and-death situation. Our hospital isn’t really equipped to handle such severe cases of c*caine overdoses and seizures so they airlifted him to [Foreign Country 2].

We’re going to skip the technical parts about status epilepticus and convulsive versus non-convulsive seizures and the various treatments used.

Suffice to say that our actor’s condition was critical, they did not know if he was going to make it, and transferring him to the second hospital in Foreign Country 2 may have saved his life.

After the initial OD emergency was over and he was stabilized, our young actor immediately went into recovery.

His recovery is going fine, but this is not his first relapse, so everyone agreed he needed to stay put for a while in Foreign Country 2 to get well.

In order to explain his extended absence from the United States, his team has offered up a series of excuses.

The latest excuse is that he has fallen in love in Foreign Country 2.

We’re sure many people will buy it.

Just not anyone who knows the truth.

[Optional] Why does he keep relapsing?