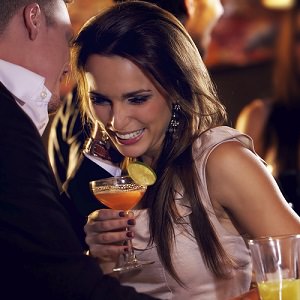 [Blind Gossip] If you are fans of any of these three people, this blind item will come as a bit of a shock to you.

These two young men used to work together. We’ll call them Floppy and Yogi.

Floppy and Yogi had a falling out last year. No, it wasn’t over drugs. It was over a woman!

Basically, Floppy had privately tried to warn Yogi about the potential perils of dating a certain female singer. We’ll call her Lumpy.

You see, Floppy felt that Lumpy was manipulative and using Yogi to get something she really wanted.

Why did Floppy think that?

Because Lumpy had once made a move on Floppy!

She told him how handsome and brilliant and talented he was and how they would have the most gorgeous babies together.

Let’s just say that Floppy was not at all interested.

Lumpy went away rejected… but later came back and pulled the same routine on Yogi… who did fall for it!

So, Floppy tried to warn Yogi, but Yogi did not want to hear it. Yogi and Lumpy are now together as a couple.

Although Floppy has been very nice and supportive of Yogi in public, Lumpy is still holding a grudge, either about the rejection by Floppy or about him trying to keep Yogi away from her. Maybe both.

Accordingly, Lumpy has been encouraging Yogi to distance himself from Floppy. That’s why Yogi is now taking little swipes at Floppy and his work. It’s hard to say whether that’s his idea or Lumpy’s idea, but it is a way of giving Floppy a bit of a smackdown without directly attacking him.

We do not expect Floppy to retaliate.

[Optional] Did Floppy overstep by trying to warn Yogi?