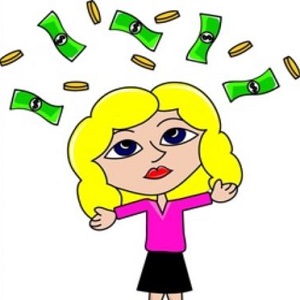 [Blind Gossip] This former star of a TV series descends from enormous wealth.

Despite that, she never really learned how to manage her own money.

She was crying that her series was canceled and the IRS was all over her and she couldn’t put any money in her bank account because the IRS would take it out.

If the IRS is in your bank account, you know you are in real trouble!

So our TV Actress decided to go to her mom for help.

She was begging her mom to give her money for rent. Then she went on that spending spree at [store redacted]. Yes, she knows that it was a mistake, but it’s too late. She was trying to convince her mom that it was fake and she was only doing it for the cameras but her mom does not believe her.

[Optional] Should her mom give her money? Why or why not?