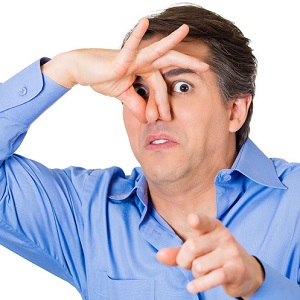 [Blind Gossip] This under-30 actress on an ensemble TV show is not a favorite of her costars.

It’s not that she is snobbish or mean to them. It’s that they physically can’t stand being in close range of her odor!

[A couple of the actors] have complained after being in face to face scenes with her. They said that her breath smells like vomit. Duh. The whole crew knows that she is puking after every meal! Brushing your teeth just doesn’t make that smell go away. Just guessing here, but she might have some sort of eating disorder.

Similar: How She Really Went From Thick To Thin

[Optional] What should the actors do?