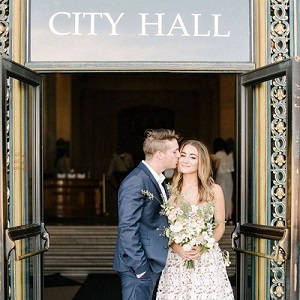 [Blind Gossip] When two people rush into marriage, it’s natural to wonder why.

We asked one of his friends if that was why he and the model got married so suddenly. He told us:

I asked him the same thing! He laughed and said, “No, I don’t think so!” He’s only been dating her for five minutes, so I don’t know why the hell they rushed it through the express lane. It kinda caught us all off guard. I met her recently and had a conversation with her. Don’t want to sound harsh, but she was one of the dumbest girls I’ve ever met. Really hot, though. REALLY hot.

Well, if good looks aren’t enough to build a lifelong relationship on, we don’t know what is!

Similar: A Brief Explanation Of A Brief Marriage

[Optional] Why do you think they got married so fast?