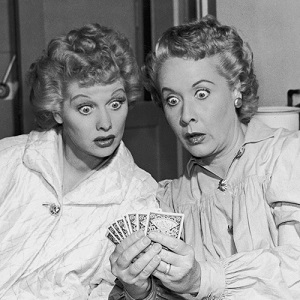 [Blind Gossip] You would think that this very talented actress would be happy to have another steady TV gig.

She is only happy-ish.

She thinks that after being the star of [old TV series] that she deserves to be THE star of a show. Actually, she thinks she should be a movie star, but she has not had any offers there. So now she’s stuck in TV, and this is the second TV series in a row where she is “Ethel not Lucy.” Not exactly the career she expected.

[Optional] Why do you think she is not a bigger star?