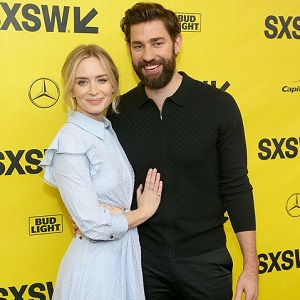 [Fox News] Emily Blunt asked husband John Krasinski to fire another actress so she could star in A Quiet Place!

Appearing on the first episode of the new season of the UK’s The Graham Norton Show, Blunt, who stars in the horror film A Quiet Place, said she initially wasn’t interested in starring in the film and suggested a friend of hers to take the role instead.

Blunt would not name the actress but described her as a “good friend.”

The movie was directed and co-written by husband John Krasinski.

“We had just had our second child (Violet) and I was about to do Mary Poppins and so I was in a sort of general feeling of joy, I didn’t know if I wanted to go towards the darkness of the pitch that he’d given me,” she said.

With Krasinski by her side, she said she “mentioned a friend of mine” and suggested he “should call so and so.”

Krasinksi replied: “So and so was so good.”

Despite his call to the actress, Blunt said that as soon as she read the script for the film she approached her husband and said: “You need to call her and fire her.”

Blunt said she was still friends with the actress “until the movie comes out.”

[Optional] Do you plan to see A Quiet Place in the theater, at home, or not at all?