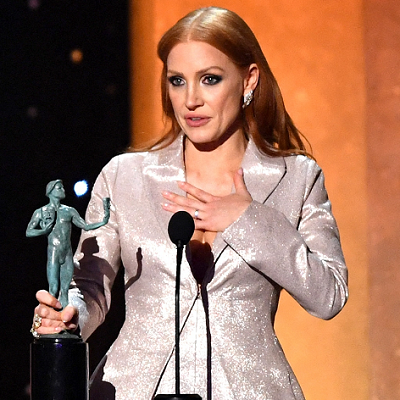 [Blind Gossip] While many stars were smiling in the self-congratulatory atmosphere of The SAG Awards, not everyone was in the mood to be nice!

Perhaps the multiple stresses of the pandemic, the economy and the conflict in Ukraine have people on edge.

Or perhaps some people just have long memories about bad behavior.

There was an actor and actress couple at The SAG Awards. He is American. She is foreign.

We’ve talked about them before. They have been dating for a few years now but are not yet married. Not only that, they don’t get photographed together very often.

The reason that is interesting is because they have both been in high-profile relationships with other celebrities in the past and were photographed a lot.  However, as a couple, Our Actor and Actress have chosen to stay out of the limelight.

Something that happened during The SAG Awards may explain why.

During the evening, they ran into another famous actress.

[Actor] greeted her in a friendly way only for her to glare at him, mutter “Oh, f*ck off!” and brush past him.

Not many people heard it but I did! I gasped and then I laughed. Guess she still hasn’t gotten over him dumping [his ex girlfriend] years ago!

Years ago, Actor very unceremoniously dumped his girlfriend at the time in a poorly-timed and caddish move.

The actress who told him to “F*ck off!” used to work with his ex.

Clearly, there are some people walking around Hollywood who are still not willing to forgive him.

Perhaps this kind of reaction is why our Actor and Actress couple don’t make more public appearances together?

No, the swearing actress was not Jessica Chastain, who won The SAG Award for her portrayal of Tammy Faye Bakker in The Eyes of Tammy Faye. 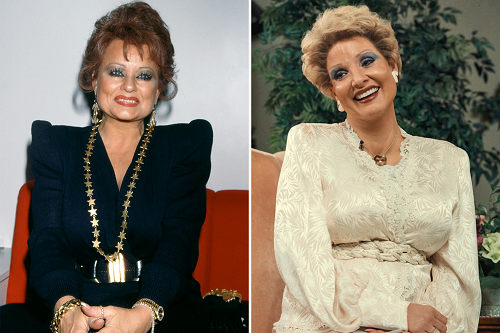 [Optional] Do you think it’s selfish to hold awards ceremonies when the world is in such turmoil? Or should we just carry on as usual?