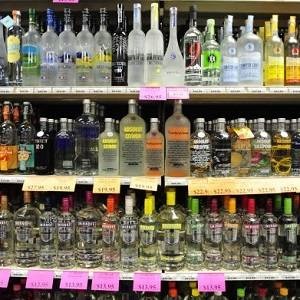 [Blind Gossip] This major movie star reached a critical point in his battle with the bottle and went to rehab again earlier this year. This time it was quite public, and he seemed contrite and serious about staying sober.

So, who was that man stalking the aisles of a liquor store in the past twenty-four hours, hunting down multiple bottles of booze in the middle of the night ? Why, our esteemed actor, of course!

He avoided eye contact but it was obviously him. He didn’t buy any beer or wine. It looked like he had four bottles of clear liquor (probably vodka or gin).

Yes, he’s drinking again. In fact, we received reports of people seeing him drinking, drunk, or buying alcohol on four separate days in the past week alone!

His girlfriend drinks along with him. It’s not her fault he’s a drunk… but she certainly is the wrong person to be with if he is serious about his sobriety!

His work has earned him a lot of good will in the Hollywood community, so we’re sure he’ll continue to secure work and drag his bloated, drunk butt back and forth between East Coast package stores and West Coast liquor stores until something bad happens.

[Optional] What will it take for him to go back to rehab? 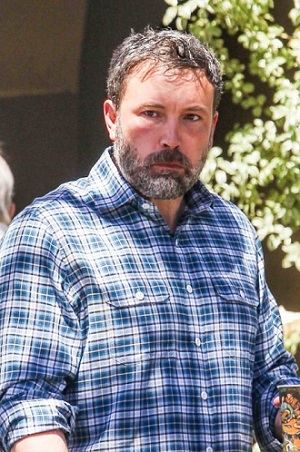 Ben Affleck is back in residential rehab!

Your friends at Blind Gossip have been telling you for the past couple of months that Ben Affleck was definitely NOT sober!

Sure he went to rehab once or twice already this year, and he would often be seen going to recovery meetings or therapy.

However, those things really don’t work unless you stay out of liquor stores… and stop dating people who drink, too! 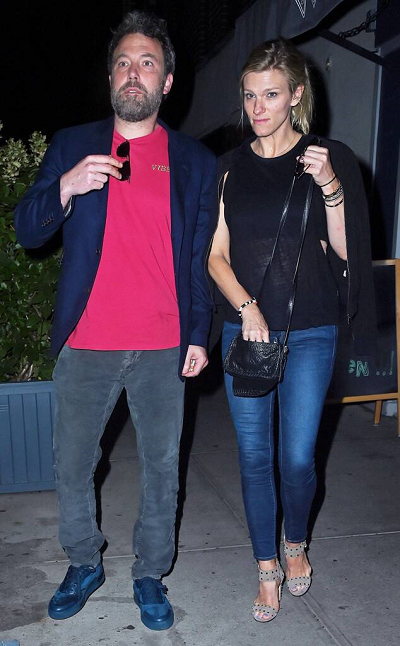 In early September, over Labor Day weekend, Affleck was spotted buying liquor up in Buffalo, New York (which is where Lindsay Shookus is from). A couple of weeks later, he was caught emerging from a liquor store in Los Angeles with some fresh supplies.

Fortunately, Radar Online is now reporting that Ben Affleck checked himself back into rehab in the past week. From Radar:

Ben Affleck has secretly entered a rehab facility for the third time in just months — and RadarOnline.com has exclusive details of the troubled actor’s new treatment plan in his ongoing battle with alcohol addiction.

Affleck was spotted by eyewitnesses during an early morning walk outside the center on December 10.

At $10,000 for a stint, Passages is one of the country’s costliest treatment facilities, and uses a non-12-step approach that favors unorthodox holistic methods.

While some find the treatment controversial, Affleck’s ex Jennifer Garner and brother Casey Affleck were just relieved the Justice League star decided to get any sort of help again, the source claimed. 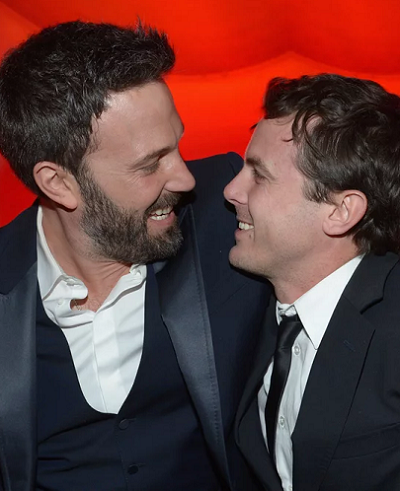 “Ben relapsed…Jen and Casey are willing to try anything, and they don’t care if the methods are controversial,” the insider explained.

Sources exclusively told Radar that although the Oscar-winner had been in outpatient therapy, to fight his addiction, Affleck needs “a constant support network” in order to stay sober.

That said, he is permitted to leave the grounds for personal and professional commitments.

“Ben isn’t a prisoner and is fully committed to seeing his children and fulfilling his work commitments outside the center,” the source said.

“Ben’s main priorities have never wavered,” a source close told Us Weekly. “He’s focused on his family and spending time with Lindsay. Dealing with this disease is something he’ll have to work on for the rest of his life and he remains focused on it.”

It’s the star’s third stay in an inpatient rehab in 2017, sources said.

The actor has had a tough 2017. In addition to his addiction battle, Garner finally filed divorce papers after a two-year separation. 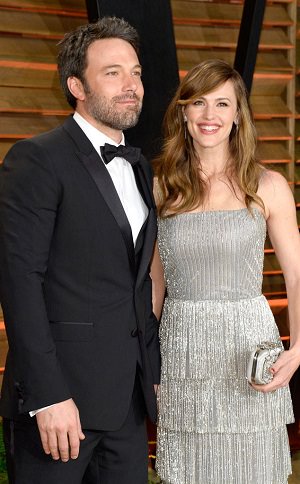 We don’t know where Radar got the impression that Passages Malibu costs $10K. Perhaps that was just a typo. In fact, it costs $80-110K for a 30-day program, depending on whether you do a shared or a private room.

Did you catch the clues? “Good will” plus “Drunk Man Hunting” equals Good Will Hunting, the film which Ben Affleck wrote and starred in along with his friend, Matt Damon. 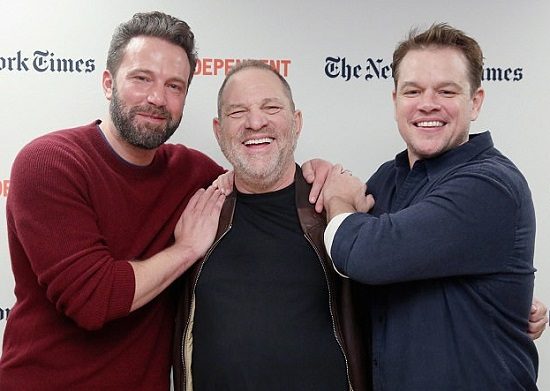 That’s a photo of Ben Affleck back in happier times, posing with his good friends Harvey “The R*pist” Weinstein and Matt “The Mansplainer” Damon. If only Casey “The Harasser” Affleck had been there, we could have had a quadfecta of bad behavior!

Congratulations to Wfreshie for being first with the correct response and to Epitome for doing a good job with the clues!