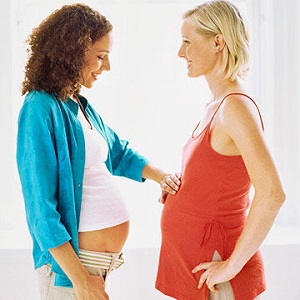 [Blind Gossip] These two very famous actresses are friends. The first is best known for a very successful comedic television series, and the second is best known as a comedic film star.

They recently went out together for a couple’s night out.

Although the women wore different outfits, they both tucked only the very front of their shirt into their pants or skirts. Newest fashion trend or strange coincidence? Neither!

They were both annoyed that they had been the subject of internet rumors that they were pregnant, so they decided to tuck in the front so you could see that both of their stomachs were flat! No baby bumps. No headlines about them being pregnant for once.

Given that both women are over 45, you would think that those rumors would have started slowing down by now. But they haven’t. At least this mini-stunt took the heat off of them for one night!

[Optional] Are you still holding out hope for a pregnancy for one or both?