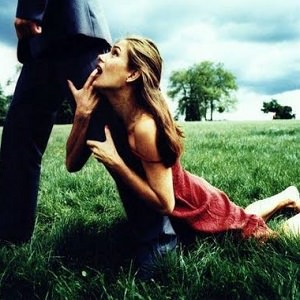 [Blind Gossip] This actress is best known for her role on an ensemble TV series that was aimed at a teen audience.

She was the pretty and sweet one on the series.

However, her life hasn’t been nearly as pretty or sweet. Much of this is her own doing.

She has been through a long struggle with substance abuse.

The marriage thing has always proven challenging for her, too.

Unfortunately, her current relationship is on shaky ground.

They have been on and off a couple of times, but she definitely does not want another failure on her hands, so she is desperate to do whatever it takes to stay married.

She is the bigger star of the two, yet she is determined to stay married to him.

The real downside of that?

Her husband is totally taking advantage of her insecurity. She didn’t make the kind of money he thought would come rolling in from [her last series] so he has been riding her to take more jobs and make more money.

Gee, how thoughtful of him to be so concerned about her career!

The hard part of this is that our actress is older and does not have the kind of offers coming in that she did thirty years ago.

She was never a movie star and it’s difficult to trust her with the lead in a TV series, so, for now, it looks like it’s going to be the occasional TV movie or reality show.

Hubby can’t be pleased about that. He probably thought he’d be living in a much swankier zip code by now!

[Optional] Any advice for her?