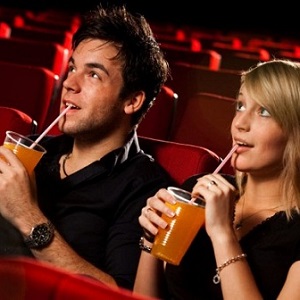 [Blind Gossip] There is so much drama on the set of this very successful film franchise that it is almost impossible to know where to begin!

The drama centers around an on-set romance that is the result of a little dating scheme.

The Lead Actor on the film is one of the biggest stars in the world. He was the original target of the scheme.

One of the stunt women [who has worked with Lead Actor many times before] thought she could up her profile by getting into some sort of dating situation with [Lead Actor]. This setup was also being pushed by other members of the stunt team. [Lead Actor] rejected her, so she went after [His Handsome Costar] instead. She was successful. [Lead Actor] is annoyed that the couple are now flaunting their relationship on the set and in the press.

It’s interesting that her original mission was to land the Lead Actor but she wound up settling for Handsome.

The Lead Actor is not jealous of the relationship. However, as a producer, he is not at all happy with this attention-seeking couple acting so unprofessionally on his set. This franchise is his baby, and he doesn’t like anyone causing distractions.

Just how annoyed is our Lead Actor? Well, the stunt woman’s dating scheme has apparently backfired. After this production wraps, she will find out that the Lead Actor has ordered that she never get hired for another one of his productions again!

So, she may be out of a job, but at least she still has Handsome. For now. Will he ever find out that he was her second choice? Only if the rest of the crew stays mum about her little scheme!

[Optional] If you were the producer, how would you handle this?