[Blind Gossip] Yes, this celebrity totally set up her ex. She wants you to see him as a dangerous and unstable person so you won’t believe him if/when he spills a certain secret about her after their divorce. No, it’s not about her plastic surgery, paternity, or fabricated drama. It’s about her substance abuse problem.

Similar: The Reality Star And The Athlete

[Optional] Is it fair to play dirty during a divorce? The Kardashians love to set up other people for their own gain. In any scenario, the outsider is always flawed and evil. The Kardashians are the good people and the victims.

Remember last year when Lamar Odom showed up outside of Khloe’s spin class early one morning?

Khloe was there with her film crew. When Khloe saw Lamar, she acted shocked and scared and ran away. She later expressed how upset she was that he stalked and ambushed her.

Lamar was set up for that meeting.

While leaving a SoulCycle class Wednesday morning, the 31-year-old Keeping Up With the Kardashians star was unexpectedly confronted by her former hubby during a tense run-in. Khloé reportedly dodged Lamar and drove away without speaking to him.

The former basketball star later went on a rant claiming he did not ambush his ex-wife. However, a source close to the reality star tells E! News that Lamar did show up unannounced to see Khloé outside the spin class.

“She was not expecting him to be there at all,” the insider tells E! News exclusively. “She has been trying to move on but he is not allowing that to happen and it’s all very upsetting. What he did crossed the line. For him to suggest she somehow was OK with him ambushing her is not true.”

Again, that’s from a source close to Khloe.

Then there’s what actually happened.

In August 2015, months before his overdose, Odom complained that Khloe had told him to meet her at a local SoulCycle at 6:45 a.m., then called paparazzi and reacted as if he were stalking her.

While most viewers understand that much of reality TV is, in fact, scripted, the off-screen Kardashians seem mere avatars of their television personas, willing to manipulate anyone, contrive anything, to advance a narrative they can bounce back to the show. Lamar’s version of the story is the truth. Khloe set him up. She wanted to portray him as dangerous and unstable so that he would settle out the divorce and so that no one would believe him if he talked about Khloe’s own drug use.

While Khloe did not create Lamar’s drug problem, she did know about his drug usage when she married him one month after meeting him. He was incredibly easy for her to manipulate.

Khloe was supposed to walk away from the marriage with over $15 million, which is not a bad payoff for a couple of years of marriage to an addict, their own reality show and a whole slew of story lines.

However, given Lamar’s financial hardship following his departure from the NBA, we don’t know if Khloe will actually walk away with $15 million. In the meantime, expect Khloe to continue to mess with Lamar, pretending that she cares about him one moment, and then pushing him away and declaring him dangerous and unstable the next. More story lines. Lamar doesn’t even realize that he is being played. 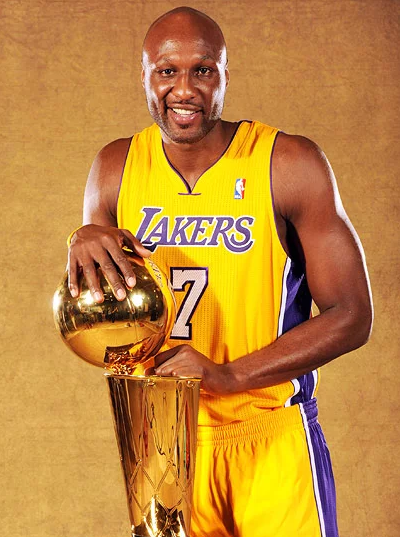 Will Khloe’s own drug usage ever be exposed? Maybe.

When they are short on other people to exploit for story lines, the Kardashian family may turn on each other.

Various family members have already hinted at Khloe’s drug usage, perhaps to link to future story lines. For example, when Khloe acted oddly, Kim commented to Kourtney, “I thought she was on drugs!”

Congratulations to Flashbeagle for being first!