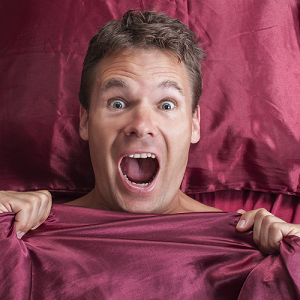 It’s too bad, because after he broke up with his previous girlfriend, we were hoping that he would find himself in a nice, stable relationship.

We don’t mean to imply that there was something wrong with his Second Ex.

In fact, we hear that there was one little quirk he had which may have made Second Ex question whether or not he was still hung up on First Ex.

She said that he called out [His First Ex’s] name in bed. It happened more than once.

We wonder if it was an accident… or whether he screams out First Ex’s name when he’s having some sort of horrible nightmare!

[Optional] Should he get back together with First Ex?