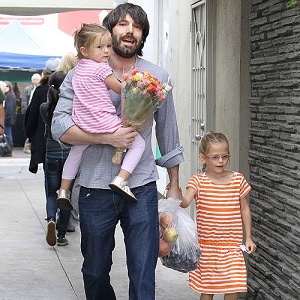 [Blind Gossip] This actor was nominated for a SAG Award, either as an individual or as part of a group.

For some reason, his significant other was not there by his side.

He seemed very tense. He was chatting with everyone at the table during dinner and would smile for photos, but he was getting on his phone a lot during commercial breaks. The woman next to him asked, “Are you calling [Significant Other]?” He got irritated. “Um, NO, why would I do that?” Just really snotty. The woman just shrugged her shoulders and said, “Forget I asked.”

Remember a few years back when Ben Affleck put on that happy family act because he really, really wanted to win for Argo? It was the right strategic move on his part. It worked, too. Affleck may not have won Best Director, but Argo did win Best Picture!

To win an Oscar, you need to campaign. Our actor needs to step up his game. He needs to play the wonderful guy who loves his family in order to ingratiate himself with Oscar voters.

We’re not saying that our actor has to do trips to the farmer’s market and holding hands and smiling and Color Me Mine and ice cream cones and amusement parks and shoulder rides… but it sure wouldn’t hurt!

Argo the heck out of your campaign!

Ben Affleck is waiting for your call!

[Optional] Will he win an Academy Award?