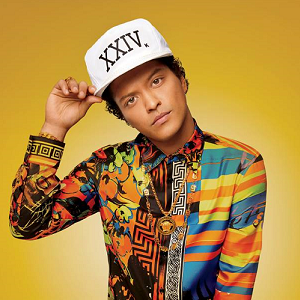 [Blind Gossip] What happens when you fall in love with a famous singer?

There was a story that ran in the media recently about a woman who dated singing superstar Bruno Mars.

It turned out that some con artists on the internet were using Bruno Mars’ identity to catfish the woman out of money.

We have a similar story for you. However, in this case, a real singer is allegedly involved in taking the money!

They got along and continued their correspondence via her blue-checked Twitter account and various online meeting technologies.

He flirted with her and she flirted back.

She told him that she loved him. She signed her correspondence “Mrs. John Smith.” They discussed marriage. She told him what kind of engagement ring she wanted.

Then Golden Girl asked John Smith to send her some money. This allegedly occurred right around the time her last album was set to be released. She said it was only temporary and that she would repay him with interest. They even agreed on an interest rate.

No, we don’t know why Golden Girl asked him for money. While she did go through a nasty protracted battle with her previous record label, she is now signed to another major label and is supposedly worth tens of millions of dollars. Perhaps #1 songs don’t pay as well as they used to?

Anyway, John Smith thought they were in a real relationship, so he happily sent her the money.

Can you guess what happened next?

Not only did Golden Girl fail to pay him back… she cut off correspondence with him and blocked him on social media!

He hired a law firm. They sent her a letter demanding payment.

Golden Girl and her attorneys have not yet responded.

[Optional] Why did Golden Girl ask him for money?