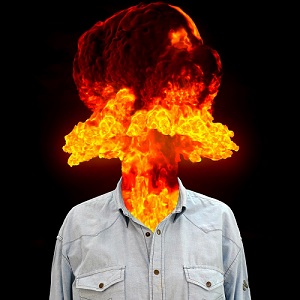 [Blind Gossip] Guess which director is in a panic now? No, we’re not talking about Brett Ratner, whose own world was just rocked by allegations of bad behavior.

We hear that another famous movie director is rallying a defense team right now because he believes that years of misogyny are about to blow up in his face and completely transform his career.

[Optional] What do you think should be done with those in the industry who have harassed or assaulted their colleagues? 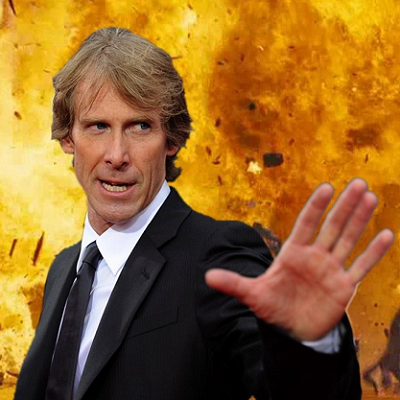 Michael Bay is the director of lots of your favorite movie, including The Rock, Bad Boys, Armageddon, and the Transformers series.

He also directed Pearl Harbor, but the only person who though that was a good movie was Ben Affleck. 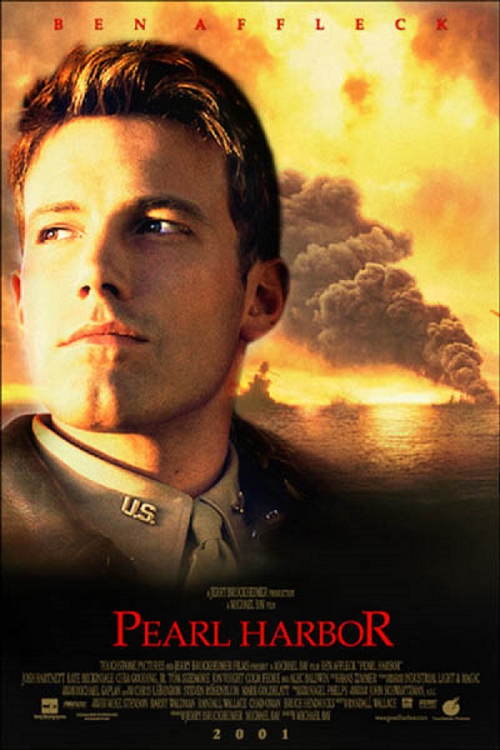 Anyway, Michael Bay recently popped up in the news again when an old interview that Jimmy Kimmel did with actress Megan Fox in 2009 resurfaced.

Kimmel and Fox were discussing the beginning of Megan Fox’s career, when she auditioned for Michael Bay for a small part in Bad Boys II.

Keep in mind that Megan Fox was 15 years old at the time.

Jimmy Kimmel and Michael Bay are getting heat after an old Megan Fox clip resurfaced over the weekend. In a 2009 interview with Kimmel, Fox described having to dance for the Transformers director in a bikini at age 15 as the late night host smiled.

“I had just turned 15 and I was an extra in Bad Boys II,” Fox explained on Jimmy Kimmel Live!.

“They were shooting this club scene and they brought me in and I was wearing a stars and stripes bikini and a red cowboy hat and, like, six-inch heels. He approved it and they said, ‘Michael, she’s 15 so you can’t sit her at the bar and she can’t have a drink in her hand.’

So his solution to that problem was to then have me dancing underneath a waterfall getting soaking wet.”

She mentions that she was 15 twice. Fox was clearly trying to emphasize the inappropriateness of sexualizing a 1oth grader. 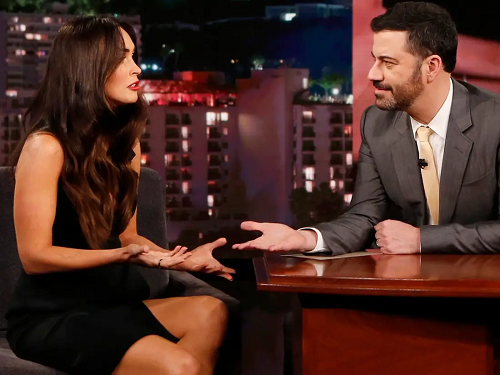 However, Jimmy Kimmel was not “getting it.”

“Yeah, well that’s really a microcosm of how all our minds work,” Kimmel replied.

“Some of us have the decency to repress those thoughts and pretend that they don’t exist,” Kimmel added. At another point during the interview, he gave Fox a drawing of himself and the actress “together” in bed. In the image, he’s trying to stick his tongue in her mouth.

Ewww. Fox was talking about being inappropriately sexualized as a child, and Jimmy Kimmel simply laughed and piled on.

Kimmel is now facing scrutiny on another matter.

It’s been a rough few days for Kimmel on social media, who recently announced he was going on summer hiatus. The Emmy winner was slammed after an old clip of him in blackface resurfaced. 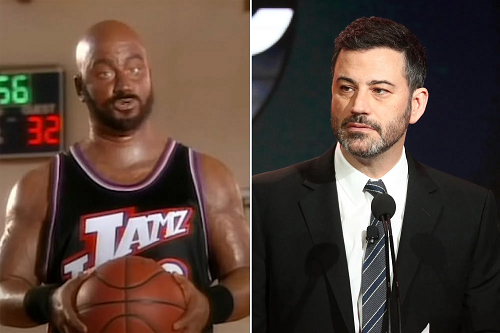 Blackface and sexualizing a 15-year-old girl? No wonder he’s hiding.

Let’s get back to Megan Fox and Michael Bay.

Michael Bay denied writing the letter blasting Megan Fox and said that he didn’t condone it… but it was posted on his official website. A sample:

The Guardian confirms other parts of this story.

Fox was replaced in the Transformers franchise after completing the first two films when she criticised Bay in a magazine interview, saying “he’s a nightmare to work for” and “he wants to be like Hitler on his sets”. Bay claimed that the series’ executive producer Spielberg insisted she should be dismissed. Their relationship appeared to be repaired, however, when Bay cast her in the 2014 remake of Teenage Mutant Ninja Turtles.

Fox added: “These specific instances were inconsequential in a long and arduous journey along which I have endured some genuinely harrowing experiences in a ruthlessly misogynistic industry. There are many names that deserve to be going viral in cancel culture right now but they are safely stored in the fragmented recesses of my heart.”

Megan Fox understands what happened to her, but seems restrained in putting specific people on blast. 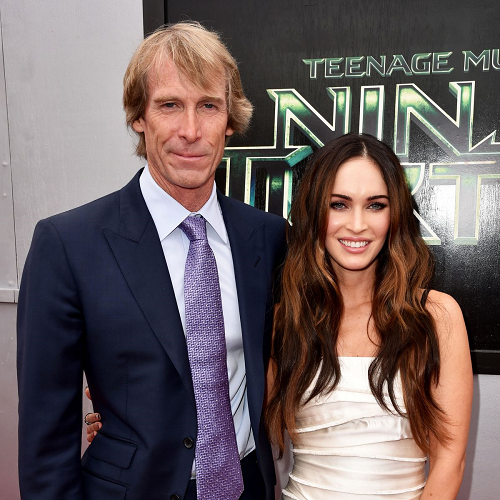 Megan Fox was the victim of an industry that took advantage of and forced an image and a narrative onto her, and when she tried to stand up for herself, they ostracized her. The media was complicit and the general public just stood by and watched.

In a 2018 interview amid the #MeToo movement, Fox was asked by the New York Times if she felt she deserved an apology.

Although Fox admitted she was ahead of her time speaking out over a decade ago, she explained how she didn’t think anyone would believe her about her own experiences because people don’t consider her “normal or relatable or likable.”

“Even with the #MeToo movement, and everyone coming out with stories — and one could assume that I probably have quite a few stories, and I do — I didn’t speak out for many reasons,” Fox said. “I just didn’t think based on how I’d been received by people, and by feminists, that I would be a sympathetic victim. And I thought if ever there were a time where the world would agree that it’s appropriate to victim-shame someone, it would be when I come forward with my story.”

Megan Fox just backtracked on her experiences with Michael Bay!

Fox wrote however: “While I greatly appreciate the outpouring of support, I do feel I need to clarify some of the details.”

“When it comes to my direct experiences with Michael [Bay], and Steven [Spielberg] for that matter, I was never assaulted or preyed upon in what I felt was a sexual manner.”

It is interesting, though, that she felt compelled to toss Steven Spielberg’s name in there when Spielberg was not being accused of anything. 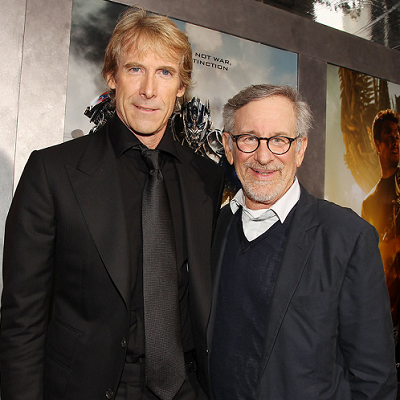 We do not know why Meghan Fox seems so willing to let Jimmy Kimmel and Michael Bay off the hook or to proactively proclaim Steven Spielberg’s innocence.

Perhaps because she wants to work?

It will be interesting to see what happens to the careers of both Jimmy Kimmel and Michael Bay as a result of the resurfacing of this tape.

Congratulations to Cupcakecanuck for being first with the correct response!

We provided you with a lot of clues for this blind item. Did you catch them all?

“Rock” is a reference to The Rock, one of the films that Bay directed. It stars Sean Connery, Nicholas Cage, and Ed Harris. 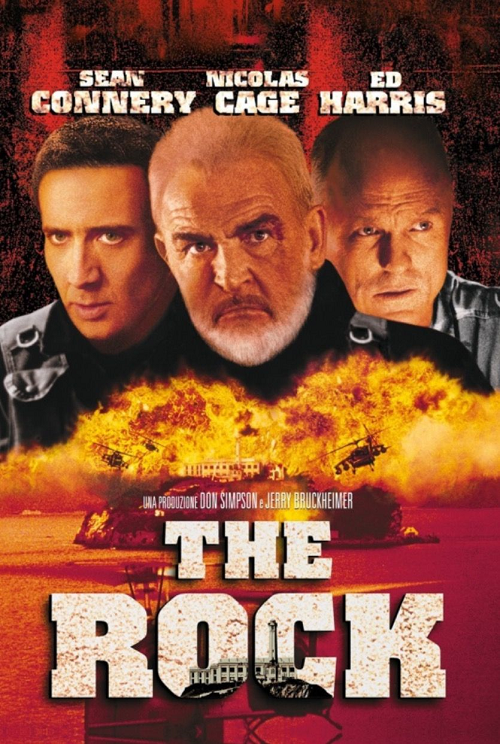 “Transform his career” references one his most most famous franchises, the Transformers films.

“Blow up” and the illustration of an explosion are a nod to Michael Bay’s expertise in action adventure or fantasy films that tend to feature a lot of explosions.

Michael Bay just likes to blow stuff up. See below.